In just a few days, 2018 will be history. It’s been a year chock full of news, both on the local as well as national levels.

So, as you look back on 2018, what will you remember? What’s been significant?  In the following paragraphs, the Bugle reprises some of the highlights captured on our news pages:

+Fourteen years ago, Julie Himmelstrup, artistic director of Music in the Park Series, pulled off a coup: She announced that the world-famous Guarneri Quartet would play for the 25th anniversary concert season of the series she had started in 1978. In the world of chamber music, Himmelstrup had done the equivalent of persuading the Minnesota Twins to move their season opener to Langford Park. 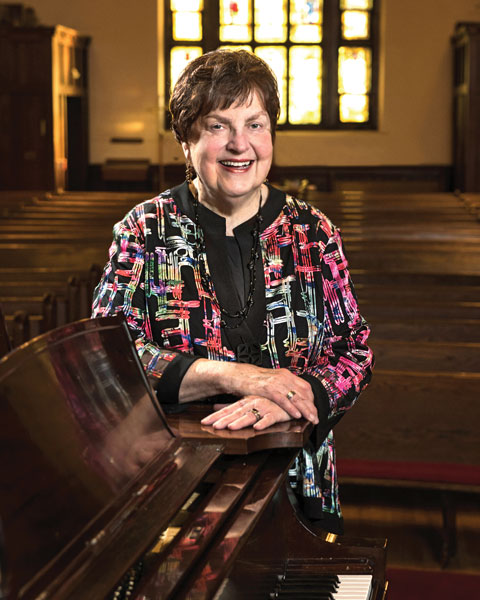 This month Himmelstrup has an equally momentous announcement, although this time the occasion is a much sadder one for those who love classical music in the intimate setting of the St. Anthony Park United Church of Christ (UCC). Himmelstrup, who will celebrate her 82nd birthday in 2018, is stepping down as artistic director at the end of the season in April.

The Bugle reports Angelo Giovanis and his two daughters hold a ribbon-cutting ceremony for the grand opening of the Naughty Greek’s second location at 2400 University Ave.

The University Avenue restaurant has a similar menu to the Snelling Avenue location, including the store’s signature dish: pork gyro made from scratch with layers of locally sourced meat, herbs, garlic, olive oil and citrus. The new restaurant can seat up to 74 people. 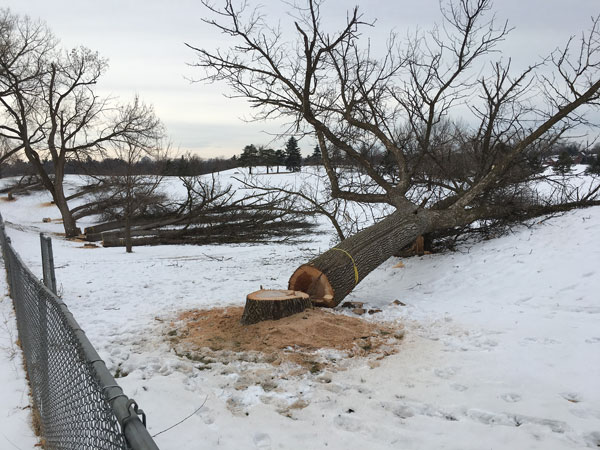 Meet the new brews in town 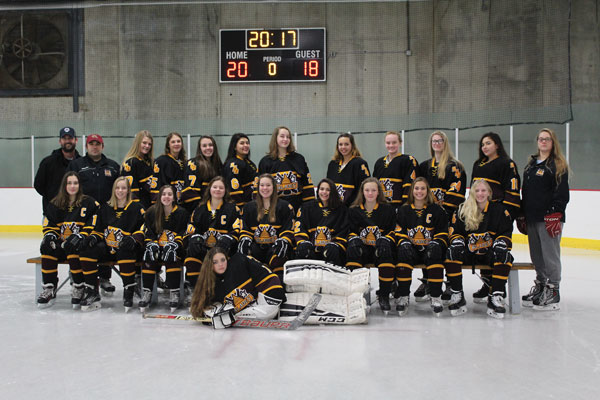 A few dozen other young girls in St. Paul frequently spend time on the city ice rinks. The older girls in St. Paul Public Schools play for the Blades, and they are connecting with the future of the program as much as possible, back on the same ice they first learned the game. —Eric Erickson 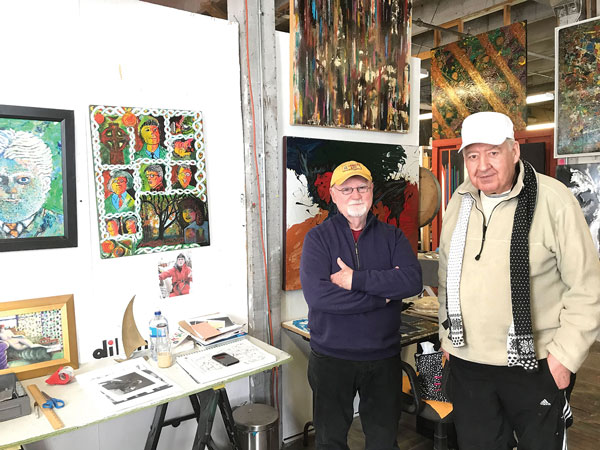 Lanny Ross and Richard Dillion, first classmates at Cretin High School in the 1950s, founded the West Hampden Artists (WHA) at 2281 W. Hampden Ave. in 2004. Now, 14 years later, they will hold a three-day grand opening of the 2281 Art Gallery April 27-29, the first of what they promise will be a somewhat regular series of exhibits with guest artists and from time to time other “big hoopla,” Ross says.

Noise, dust and a whole lot of inconvenience will mark the summer of 2018 along Como Avenue between Commonwealth Avenue and Eustis Street in St. Anthony Park. Phase 2 of a multi-year paving project that began in 2017 will begin after the St. Anthony Park Arts Festival June 2 and take breaks for the neighborhood Fourth in the Park celebration and during the 12 days of the Minnesota State Fair, Aug. 23-Sept. 3. 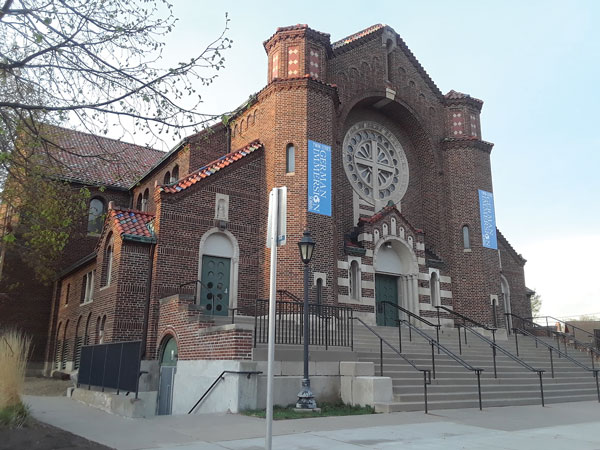 Can the former St. Andrew’s Church in Como Park be saved from demolition? “Save Historic St. Andrew’s,” a group of 23 neighbors who live near the Twin Cities German Immersion School (TCGIS), is hoping a petition asking the school to delay any decisions on its proposed expansion project until 2020 will do just that.

— St. Paul Public Works’ new “All- In” citywide garbage service will begin Oct. 1, but there’s a bit of paperwork to be done first. The city mailed out informational brochures to residents May 9. A second mailing — a postcard — outlines the cart sizes and service levels. A postcard with instructions for how property owners can notify the city of their chosen service level was mailed to residents shortly after. The postcard includes a special Cart Selection ID for each residence.

Luther Seminary will put 15 acres of buildings, land on the market in July

Luther Seminary’s new “Campus of the Future” plan will bring big change to the school by offering free tuition to all incoming students starting this fall and to the St. Anthony Park neighborhood when it sheds 15 acres of land and buildings in the northwestern part of its campus. In May, the seminary’s board of directors approved the sale of a parcel that includes Northwestern Hall, the administrative building at 1501 Fulham St. and the seven acres of wooded land known as Breck Woods, which abuts the Lauderdale Nature Area. 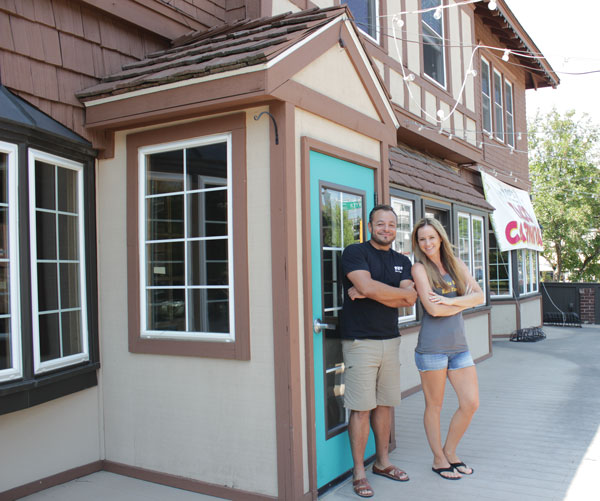 If you were in St. Anthony Park watching the parade on Como Avenue July 4, you may have noticed tacos and margaritas being sampled on the patio where former neighborhood staple Muffuletta once served food. This was a preview of Nico’s Taco and Tequila Bar, which will move into the space this fall.

Roger Bergerson, who wrote for the Bugle for 10 years, died of cancer on Aug. 15. Roger loved his hometown. A longtime resident of the Saintly City, he knew that our past includes a fair number of sinners as well as saints, and he wrote about them all. Roger’s column on local history, “History: One darn thing after another,” was the first thing many Bugle readers turned to—Dave Healy

Lauderdale resident Eleanor Gorden—who turns 100 on Nov. 14 and who worked as nurse until her mid-70s—still remains very active, including quilting every Thursday at St. Anthony Park Lutheran Church. Her family is hosting a birthday party for Eleanor and …son Tom says they will send out “lots of invitations,” and, of course, all the quilters will be part of the festivities.

Spurred by one its members, the Lauderdale City Council unanimously has adopted an ordinance that prohibits the sale of tobacco to anyone under 21-years-old, including the sale and purchase of e-cigarette products and menthol-flavored tobacco.

Council member Roxanne Grove pushed for the ordinance change, explaining her action was prompted by a lifetime of smoking, quitting, and then worrying about tobacco harming her children and grandchildren. The measure takes effect Feb. 1, 2019.