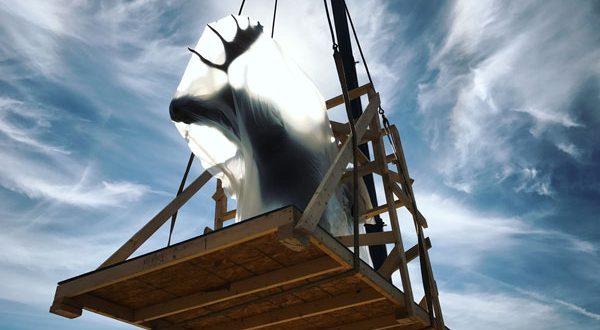 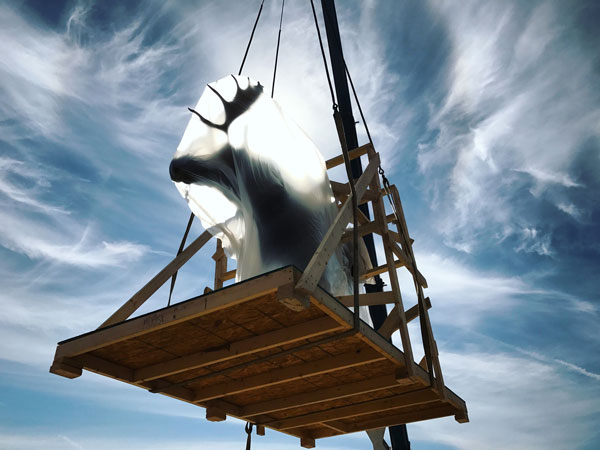 Crews moved 10 huge dioramas from the Bell’s 1940s-era building on the U’s Minneapolis campus to the new Bell Museum in Falcon Heights, including this taxidermied moose.

The grand opening isn’t until the weekend of July 13-15, but people clearly are excited about the University of Minnesota’s new Bell Museum in Falcon Heights.

Summer camps for grades kindergarten through eighth are filling up, school groups have reserved 2,000 tickets for tours in August alone, and weddings “under the stars” are booked for the new planetarium.

The new Bell Museum (the name has been shortened from the James Ford Bell Museum of Natural History) is expected to attract more than 100,000 visitors a year, triple the total at its former home on the Minneapolis campus.

After a long spell in political limbo at the state Capitol and several years of construction, the $79 million facility at Larpenteur and Cleveland avenues is complete and nearly ready to welcome visitors to its high-tech exhibits and outdoor learning opportunities.

In addition, the Bell’s renowned dioramas have been fully restored and integrated with other exhibits to create a journey through Minnesota habitats.

“When you visit the new Bell, it will be clear that you are also visiting a world-class research university,” said Denise Young, the museum’s executive director. “Dozens of University of Minnesota researchers — including our own faculty curators — have helped create the new exhibits, planetarium shows and programs.

“You are likely to meet a scientist during your visit, or share in the thrill of discovery with one of our talented university student guides,” she added.

One of the major attractions of the new Bell will be the 120-seat Whitney and Elizabeth MacMillan Planetarium, with a unique seamless dome projection surface, the largest planetarium between Chicago and the West Coast.

Parke Kunkle, now retired, taught astronomy at Minneapolis Community and Technical College and serves on the Bell advisory board. He noted that the Twin Cities area has been without a major planetarium since the one in the Minneapolis Central Library closed more than 15 years ago.

In the interim, he took students to the planetarium that the St. Paul School District sponsors at Como Elementary School. The Bell planetarium will now network with the Como facility and planetariums around the state to showcase research work being conducted at the university.

“Think of the new planetarium as a digital immersive theater,” Kunkle said. “We can and will show you the night sky, but now we also have good data to virtually fly you into the sky and around the universe.”

And the opportunities to explore don’t stop there, he added.

“It will let us virtually wander around the interior of the heart or the human nervous system to visualize and understand how these systems work,” Kunkle said. “And we can tour the various biomes in Minnesota to learn how species of plants and animals interact and to see how rising temperatures might affect these systems.”

Young said the natural history museum is the official “record-keeper” of the biodiversity of Minnesota.

“We hold over a million plant and animal specimens in our collection, and they are used by university researchers and students, natural resources professionals and others here and around the world to better understand life on earth,” she said.

“The new Bell will allow us to better highlight our collections and the important work our curators do,” Young said.

To find out more about opening weekend activities, go to bellmuseum.umn.edu.