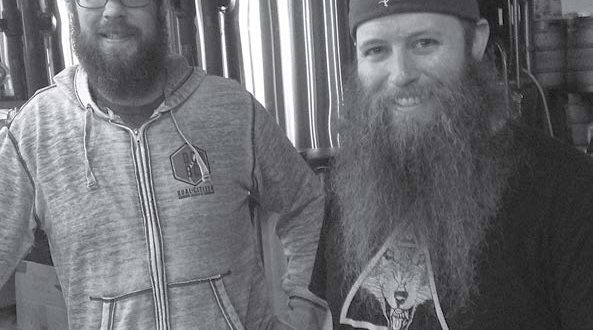 “Blocktoberfest” back for a second round

A daylong celebration of the emerging transformation sweeping parts of south St. Anthony Park is making its second annual appearance.

“Blocktoberfest,” an Oktoberfest-style event, will be held from noon to 7 p.m. Saturday, Sept. 14, at several neighborhood microbreweries with live music and other activities. Participating breweries include Dual Citizen Brewing, Urban Growler, Lake Monster Brewing, and Burning Brothers. New to the brewery lineup is The Lab, which is a pilot brewery at 767 Eustis St. Much of the festival activities are scheduled at the corner of Raymond and Myrtle avenues in St. Paul.

“Blocktoberfest is different this year, in that we are running the event through the Lowertown Blues Festival, which is a 501c3 nonprofit,” said Tim Kessler, a Blocktoberfest founder and co-owner of Dual Citizen Brewing.

Another change: The festival will feel more like a block party.

Kessler added that this year’s event coincides with the Rails & Ales brewery crawl taking place along the light rail’s Green Line, as well as the CEZ’s Chromazone Mural Festival.

“Local Indie band Tapes ’n Tapes will be reuniting for their first show in over five years and will be joined by four other bands including longtime St Paul hip-hop group Heiruspecs,” he said.

Last year, Kessler told the Bugle that Blocktoberfest was meant to be “a free event that incorporates the neighborhood and engages the residents. The area is exploding in the south St. Anthony Park neighborhood” with a lot of new office and residential construction.

“There are a lot of good things going on here and we are continuing to grow,” Kessler said. “The festival will help bring awareness to that.”