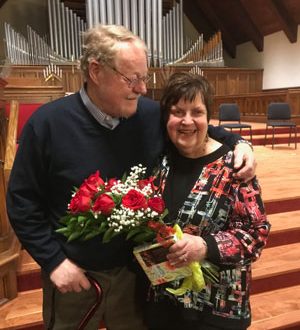 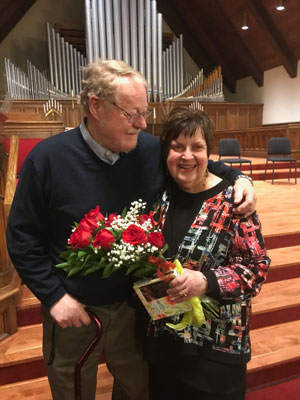 Just a few months after moving into a new home in St. Anthony Park two decades ago, my family and I discovered a Friday night concert series that welcomed children of all ages and their adults. I can’t recall who we heard the first time we attended a Music in the Park Family Concert in St. Matthew’s Episcopal Church, but I do remember a room filled with children and grown-ups grooving to world-class music by musicians who knew how to captivate their squirmy audience.

Attending the Family Concert Series became a family outing we tried never to miss, and we kept it up until, well, the children were no longer children.

The Family Concert Series and its parent — the Schubert Club’s Music in the Park Series, which brings internationally renowned chamber musicians to perform at St. Anthony Park United Church of Christ each year — is the gift of Julie Himmelstrup, who started the series in 1979. Himmelstrup’s last concert as artistic director of the series was the season finale April 15. She’s retiring this year, after 39 years.

“No community is truly great without art as its core,” said Jon Schumacher, executive director of the St. Anthony Park Community Foundation, after the concert. And Himmelstrup knows that.

Himmelstrup has a deep knowledge of chamber music and is fiercely devoted to the artists, said her friend and Schubert Club Advisory Circle member Lynne Beck. That, combined with an incredible sense of humor, gave her the tools to bring us nearly four decades “of absolutely fantastic music,” Beck said.

The concert series and the family concerts will continue under the direction of the Schubert Club. And Julie Himmelstrup will carry the title of “artistic director emerita.”

Applause and deep thanks, Julie, for this musical gift.