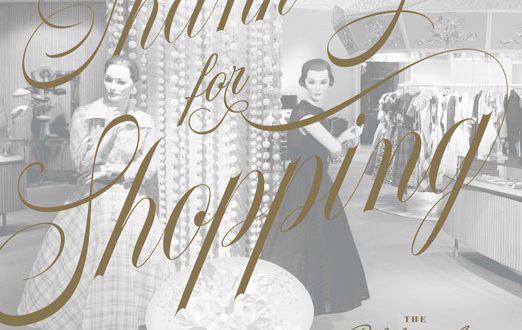 Kristal Leebrick may have laid down her editor’s pen, but she is far from ending her lifelong pursuit of writing.

Leebrick, who left her position as an eight-year Bugle editor in August for a new job, has a new book coming out in early November, Thank You for Shopping; The Golden Age of Minnesota Department Stores (Minnesota Historical Society, 2018). It is a lavishly illustrated tribute to what, she says, “weren’t just places to shop, but were cultural centers” all over the state. 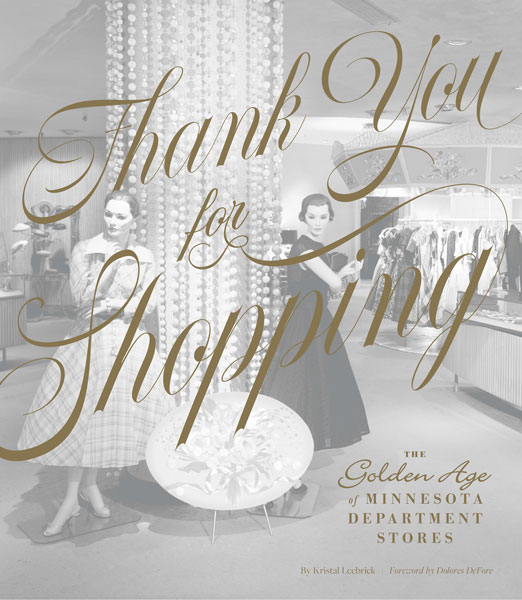 Leebrick’s official book launch will be from 6 to 8 p.m. Thursday, Nov. 15, at Minneapolis’s Mill City Museum, 704 S. Second St., where an accompanying exhibit of photos and artifacts from Minnesota department stores will run through February 2019.

From the founding of Donaldson’s in the mid-1880s to the rise of the suburban shopping mall in the 1960s, the downtown department store was the summit of Minnesotans’ consumer aspirations. For an older generation, the phrase “shopping downtown” evoked glamour and elegance, the pinnacle of high-end fashion at Dayton’s Oval Room followed by the comforting ritual of dining at the store’s Oak Grill.

That time is long past. Neither St. Paul nor Minneapolis has a downtown department store anymore, and, with the rise of internet shopping, even some suburban malls are struggling.

As for the great, made-in-Minnesota, shopping hubs, Leebrick says, “Minnesota department stores are becoming extinct. The time is right for this book.” She cites a recent conversation she had with a college student. When told that Leebrick was researching the history of Dayton’s department store, the young woman responded, “Never heard of it” and asked if it was “any relation” to Minnesota’s current Governor.

Leebrick has plenty of memories of Dayton’s. She bought her wedding dress in Dayton’s  Oval Room, and she recalls her young family’s annual expedition to the famous eighth-floor Christmas displays.

“I always took the kids [there] during the Holidazzle parade, so it wouldn’t be that crowded,” says Leebrick, who now is an administrative specialist at the University of Minnesota College of Biological Sciences.

In fact, it was those Dayton’s eighth-floor auditorium extravaganzas that provided the impetus for her latest book. After finishing an earlier history of Dayton’s (Dayton’s: A Twin Cities Institution, History Press, 2013), Leebrick wanted to write more about Jack Barkla, the theatrical set designer who was responsible for so much of their visual magic. She devotes a full chapter in the new book to Barkla and colleagues, including Lauderdale painter and sculptor Dan Mackerman.

For Leebrick, the decline of locally owned department stores reflects more than changing habits in shopping. “The families [that owned those stores] were benevolent, generous supporters of their communities,” she says. Citing the Dayton family’s gifts to institutions like the Minnesota Orchestra, the Walker Art Center and the Minnesota Institute of Art, Leebrick also notes, “The Basilica of St. Mary in Minneapolis is built on land donated by the Donaldson family.”

And then there was the role of department stores as “cultural destinations,” even in smaller cities in the state.

“They offered flower shows, author visits, foreign film showings, concerts,” Leebrick says, in addition to clothing and other merchandise for all occasions, sizes and needs. “What will replace this?”

You can find out more about the book and the Mill City Exhibit at fb.me/TYFSMinnesota or http://www.mnhs.org/millcity/activities/calendar/6332