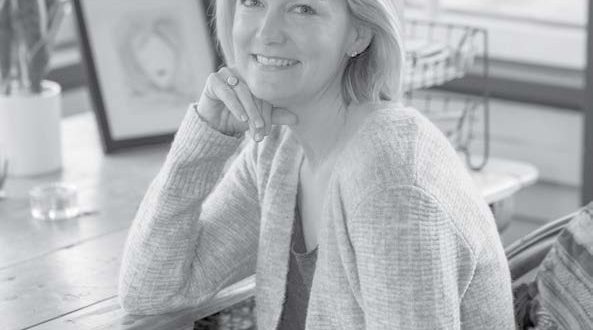 [Editor’s note: This is the second in a two-part series by Katherine Quie, a St. Anthony Park psychologist and mother of a son with Attention Deficit/ Hyperactivity Disorder.]

In my last Bugle article, “I Want to Stop Talking but I Can’t,” I shared an excerpt from my memoir, “Raising Will,” to increase awareness about the challenges that many Attention Deficit/ Hyperactivity Disorder (ADHD) children and their parents and teachers face, particularly pertaining to school.

Simply stated, non-stop movement in the form of talking, chair-tipping, pen-tapping, tongue-clicking or even pacing can get old really fast.

And those are just the hyperactive aspects of ADHD. Combine that with the inattentive features (e.g., extreme forgetfulness and difficulty tracking instructions) and you can see why school could be very difficult for ADHD children and their parents.

However, with the right kind of support, ADHD students can thrive. In fact, many ADHD kids have natural, brilliant attributes, like off-the-charts creativity. These kids tend to be innovators, natural leaders, and out-of-the box thinkers with an uncanny ability to focus on their areas of interest.

The job for parents and teachers is to focus on ADHD children’s strengths, to praise positive behaviors, to give students the tools to help them shine in the classroom and to teach students strategies to manage their ADHD symptoms.

The fact is that punitive measures, like removing recess, do not work with ADHD kids. Believe me, I’ve tried a handful with my own son.

“You’re not hanging out with your friends until your bedroom is clean,” resulted in William cozying up with a heap of clothing on his bed and reading a new fantasy series. He wasn’t trying to be defiant or dismissive. He just had no idea where to start. Instead of verbalizing this, he told me that his room was just fine; he knew where everything was.

What did work with William was bringing paper bags into his bedroom and teaching him how to sort his belongings. This didn’t cure William of his organizational difficulties, but it got him started on his room, back to his friends and hopefully taught him a skill that he’ll fall back on later in life.

You may wonder what “support” for ADHD students looks like in the classroom. The truth is, it varies depending on the student. However, throughout my nearly 20 years of practice, I’ve learned five key strategies that help ADHD students get through neuropsychological testing and therapy with me at the office, and through school in the classroom.

Movement is necessary for kids with ADHD. In one study in Science Daily titled “Kids with ADHD Must Squirm to Learn,” the author states, “The message isn’t ‘Let them run around the room,’ but you need to be able to facilitate their movement so they can maintain the level of alertness necessary for cognitive activities.” http://bit.ly/2ONU9ND

Instead of restricting movement, the key is to find ways ADHD students can move that aren’t disruptive in the classroom. For example, chewing gum, bouncy bands for chairs and wiggle seats are all excellent tools to help ADHD kids stay quiet, focused and seated.

Second, allow the child to listen to music

The late neurologist Dr. Oliver Sacks stated that nothing activates the brain so fully as music. In a recent article in Honestly ADHD http://honestlyadhd.com/music-focus/ noted that some music, specifically slower-tempo classical music, can actually increase focus and task-completion for ADHD kids. My son, William, often played instrumental classical music when he was studying or writing papers in high school.

Third, let the student stand or work on a project in the back of the classroom

Some ADHD kids are very quick thinkers and finish tests sooner than the rest of the class, which can be problematic given the waiting. One of the best special education teachers I know says that having puzzles in the back of her classroom has especially helped her ADHD students. When these students finish their work, she lets them walk to the back of the classroom, stretch their legs and settle into a puzzle. She lets her non-ADHD students do the same. I love this. Why single out the ADHD kids?

Fourth, let active students help out in the classroom

Many super-active kids tell me their favorite parts of the school day are recess, lunch and helping the teacher. Some of my teacher friends even keep a list of jobs for their more active students. For example, they ask these kids to hand out papers, sharpen pencils, run quick errands, sweep, pick up chairs at the end of the day, you name it. One of my son’s middle school teachers used to send him outside to the school garden to pick vegetables. Sounds crazy, but it gave him an opportunity to stretch his legs and help out, which he appreciated.

Fifth, offer fidgets that students can manipulate in their hands.

I can’t recommend this one enough. Fidgets, like Crazy Aaron’s Thinking Putty, help so many active kids get through tasks. Once the novelty of an activity wears off or a task becomes difficult, ADHD students often complain that it’s “boring.” When I offer them putty to squish in their hands, the “boredom” usually fades quickly. That’s because the putty activates better focus and reduces restlessness. Putty rarely interferes with their productivity during testing in my office, either. Instead, most kids hold the putty in their non-writing hand and squish-away while they work. It’s amazing.

In closing, one of my goals for ADHD&U, an organization I founded in 2018, is to help educators gain a better understanding of the supports that ADHD kids need to succeed in school.

Robert Coleman Elementary School in Baltimore recently caught my attention. They partnered with The Holistic Life Foundation, a program that teaches disruptive children mindful exercises, like breathing and yoga. The elementary school now sends kids to meditation instead of detention.

One child commented that before this new program, his recollection of detention was either writing lines or staring at walls. Since implementing the program, not a single student has been suspended. http://bit.ly/2ONnd85. To me, innovators, like Robert Coleman Elementary School, are the trailblazers that our communities desperately need.