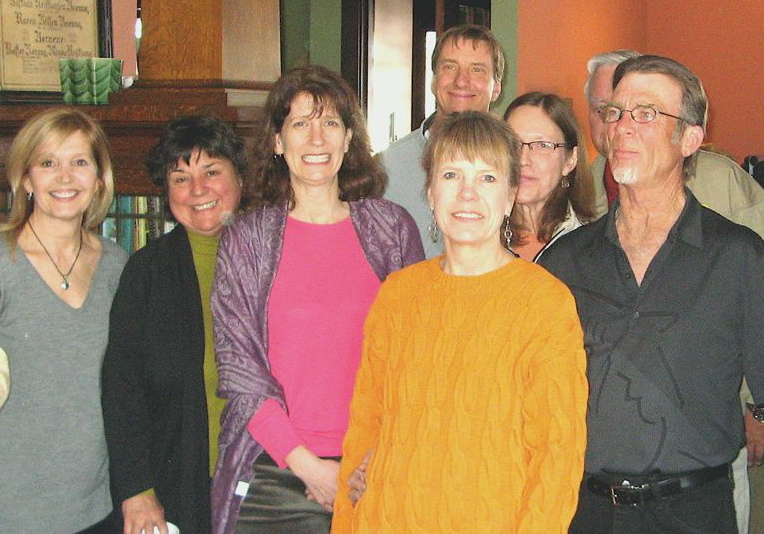 Hoofing it for hunger

South Como’s favorite mailman has retired, but he’s not going to stop walking.

Quite the contrary: Gary Fitch will spend the next year gathering support and pledges for a long-distance trek he’ll make in 2014 to raise funds to fight hunger. Dozens of the many friends Fitch made during 23 years on the route gathered recently to fete him at Como Lake Bed & Breakfast.

“He’s such a great guy and took such a personal interest in his customers,” said Erin Dooley, who came up with the idea for the event. “He even carried Milk-Bones for the dogs along the way.”

“Gary made an urban neighborhood seem like a small town,” added Marin Swenson. “Compared to the delivery companies that just drop things off, he made it a personal service.”

Fitch has been “a fixture in the community,” said Robin Edgerton. “And you really get a sense of what kind of person he is from all these projects he’s been involved with to help other people.”

For his part, Fitch is just as fond of those he refers to as “my daytime family” and said he was deeply moved by the send-off.

“I’ll miss each and every one of them,” he said. “I’ve watched their children have children and it’s been a true blessing.”

Fitch has supported a variety of charitable causes for the past 40 years, most of them to benefit children—St. Jude Children’s Research Hospital, Ronald McDonald House Charities—and most involving long-distance bike riding or walking. Now he is preparing for a 300-mile hike to stamp out hunger, walking from International Falls, Minn., to the state Capitol, from April 4 to May 4, 2014. He wants as many people as possible to join him, for however long they can.

The effort already has union support, in the form of a resolution passed by the state AFL-CIO Convention, and Fitch will be “stomping the state,” as he puts it, in the months ahead to speak to groups and distribute pledge forms. “Together, we can make a difference,” said Fitch, “we can show that Minnesotans take care of their own.” To find out more, go to minnesotamiracle.com

Gary Fitch (far right) and his neighbors and friends at his farewell party.