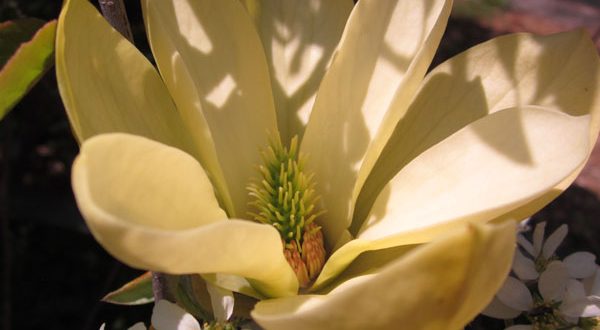 It’s spring! Bring on the color 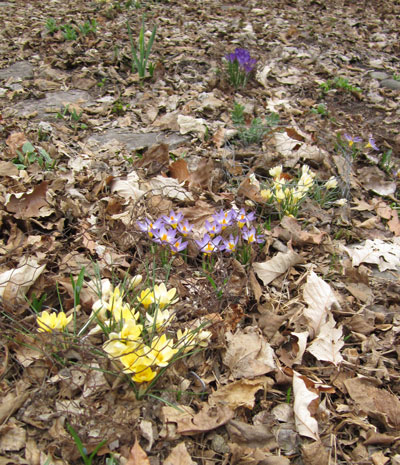 Spring crocuses will pop up soon. Photos by Sharon Shinomiya

Our gardens can delight us with new blooms and color combinations from March to November. Whether your garden is big or small, a mix of annuals, perennials and bulbs can create interest and anticipation that lasts throughout the seasons.

One thing is certain: A garden will grow taller and fuller as the seasons progress.

You don’t have to plant large quantities of plants, though masses of color can be stunning, and some gardening books tell you to do so; yet a single bloom or a small clump can be just as thrilling to encounter.

Winter provides a welcome break from the work of the garden, but come mid-January and February gardeners are eager to dig in the dirt and long for those first blooms. It can be hard to imagine all the life that will emerge so quickly from such a cold flat snowy landscape. 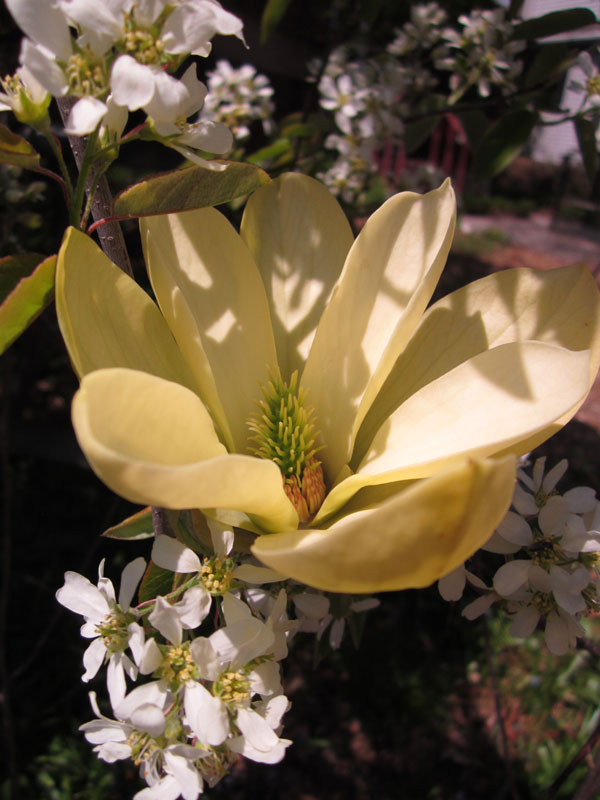 When the spring thaw finally begins, early bulbs such as snowdrops, crocuses and squills and native woodland ephemerals like hepatica, rue anemone and bloodroot rush to bloom before the trees leaf out. Their flowers open as soon as it is warm enough for insects to become active. Tuck them into the garden here and there between later-blooming perennials and allow their leaves to die back naturally for blooms the next year. Annuals, such as pansies, can withstand temperatures in the high 20s and planted in pots can be easily moved to the garage or porch temporarily if temperatures fall too low.

The spring garden takes off in April and early May. By then the leaves of many perennials are shooting up and filling in, changing the background color from old brown to fresh green. Earlier bulbs and perennials are done and it is time for later bulbs: daffodils, tulips, hyacinths, glories-of-the-snow, and dwarf bearded and crested irises. A host of later spring perennials blooms along with these bulbs: pasque flowers, Virginia bluebells, primroses, lungworts, wood poppies, Jacob’s ladders, bleeding hearts, trilliums, violets, columbines and creeping phlox. Flowering shrubs and trees, including serviceberries, crabapples, rhododendrons, magnolias and lilacs add their lovely blossoms to the mix. A few hardier annuals, such as nemesia, snapdragons and dianthus, may be offered in stores, but it is still too early for most annuals to go into the ground.

The blooms keep coming from May into June. This is also the season when those pests and diseases you had forgotten about over the winter and early spring start to show up. Do not despair. Plants defaced by insects will likely rebound later, though Japanese beetles can really do a number on some favorite blooms. This time of year brings the perennial flowers of clematises, daylilies, peonies, wild indigo, oriental poppies, lady’s mantle and beardtongues. Bulbs of the season include alliums, Siberian, and tall bearded irises. Azaleas and roses also burst into bloom. 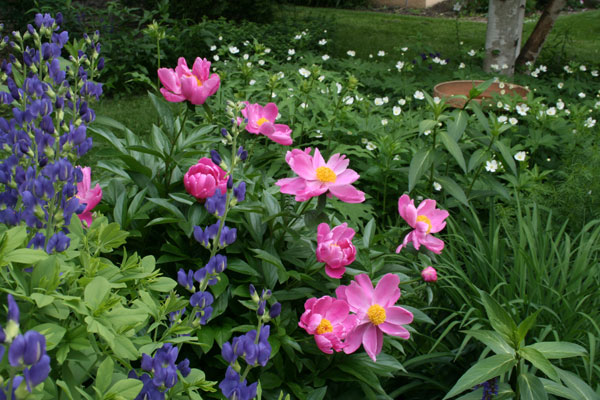 After the last threat of frost, usually mid-May (but keep your eyes on the weather forecast), annuals of all kinds can safely be planted in the ground, as well as in window boxes and pots for continuous color. To keep annuals in containers looking and flowering their best, remember to deadhead them and add fertilizer every two weeks until frost comes again.

From late June through August, the heat is on and vibrant annuals such as petunias, zinnias and salvias overflow their containers and brighten up bare spots in the garden. A profusion of perennials—monarda, purple and yellow coneflowers, milkweeds, rudbeckia, sundrops, heliopsis, royal catchfly, prairie larkspur and wild petunias—are joined a bit later by hostas, phlox, globe thistle and hyssops. Asiatic and tiger lilies are bulbs that provide vivid blooms in summer while the large flower heads of hydrangea shrubs brighten up shady spots. Such a wealth of blooms keeps pollinators and gardeners alike very pleased. 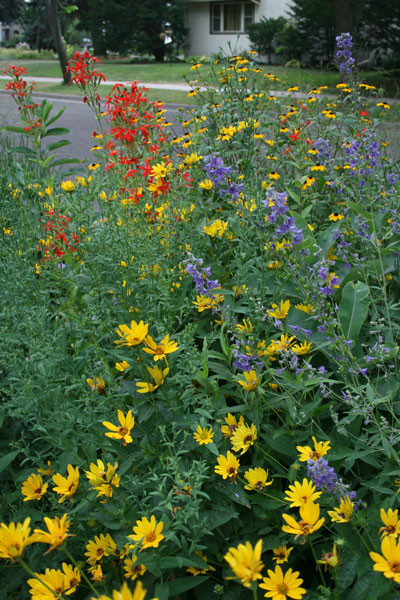 Yellow heliopsis, purple prairie larkspur, and red royal catchfly are striking in the summer garden and all native to Minnesota.

After all this, you might think the garden would be spent, but it’s not done yet. The asters, goldenrods and turtleheads of September followed by the Japanese anemones and chrysanthemums (both perennial and annual) of October have yet to make their appearances. Colchicums, bulbs with large crocus-like blossoms in shades of pink or white, also put on their show now. A few fresh blooms of feverfew, a short-lived white daisy-like perennial that blooms all growing season and reseeds itself prodigiously, might brighten up the garden, too.

Just when you think there will be no more, the garden ends as it begins, with crocuses—beautiful lavender fall-flowering crocuses that might cause passersby to stop and look twice. 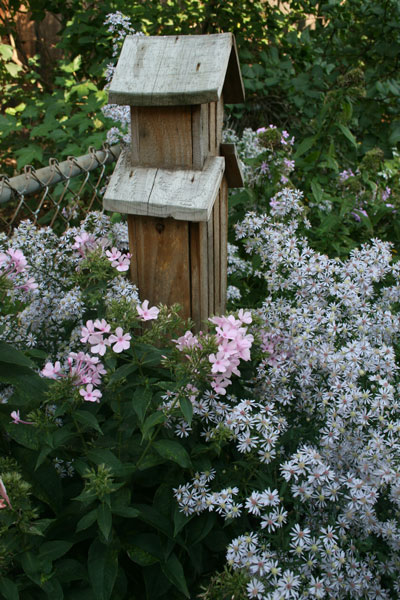 Wood asters and pink phlox create a lovely scene in the fall garden.

To enjoy an ever-changing garden no matter how big or small, choose plants for every season and look forward to new blooms from beginning to end.

Sharon Shinomiya has gardened in the Como Park neighborhood for 23 years.