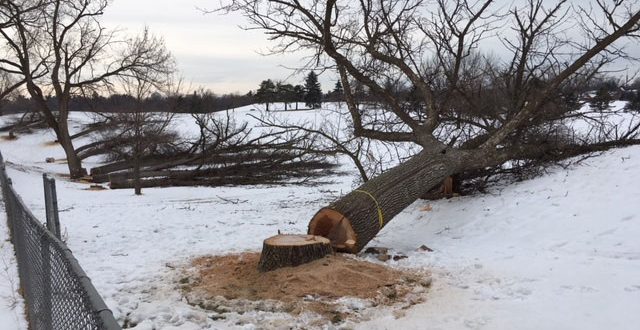 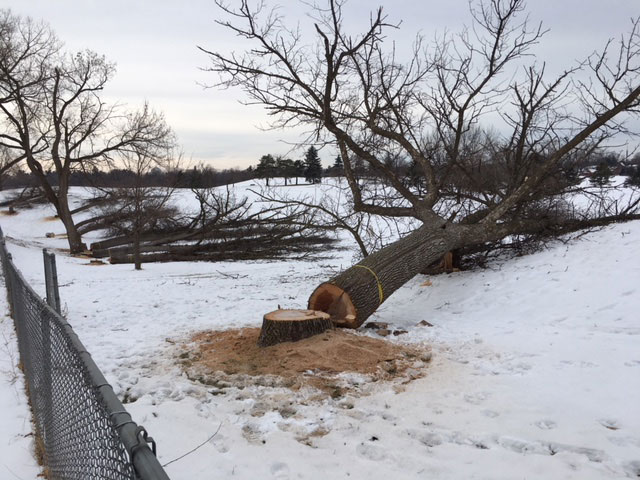 Farewell to the ash trees. Photo by Roger Bergerson

Elsewhere in District 10, St. Paul Forestry will cut down nearly 60 more boulevard ash trees this winter. The trees, all of which are infested with emerald ash borer, are what’s left of the ash still standing on: Alameda Street from Wheelock Parkway south to Maryland Avenue and from Hoyt Avenue south to Arlington Avenue, Arlington from Victoria Street east to St. Albans Street, Maywood Street from Cottage Avenue south to Wheelock and Nebraska Avenue near Alameda Street.

The trees in Como are among 1,600 boulevard ash trees and 600 parkland ash that the city expects to remove in 2018.

The Como Community Council is launching a wide-ranging review of possible changes to parking, traffic and city enforcement activities during the Minnesota State Fair.

The District 10 board approved six areas of action at its Jan. 16 meeting. The district council’s Land Use Committee developed the proposals, which are intended to study and limit the impact that State Fair traffic and activities have on the neighborhood.

Exploring the changes would include public meetings and surveys. The review also will require talking and partnering with neighborhood residents, city staff members and elected officials, State Fair management, and a variety of businesses, schools and other institutions. The proposals would:

You can find more details on the District 10 website, www.district10comopark.org.

District 10 has scheduled its first three Sunday Series presentations for 2018 and they are listed below.

Congratulations to the District 10 honorees named to the 2017 St. Paul Neighborhood Honor Roll. Honor roll members were honored at an awards dinner on Jan. 26 at the University of St. Thomas. Here are the honorees from District 10: 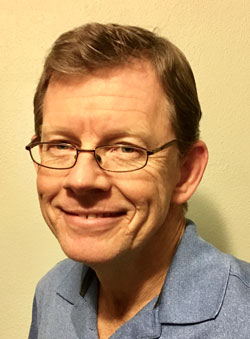 Mike Ireland is District 10 board member and chair of the District 10 Environment Committee. He has brought new and interesting projects to the committee, and he champions projects brought by others. Some of the projects include the Como Seed Library and an expanded Sunday Series, a series of lectures and events designed to bring a variety of topics to the neighborhood (see above). He has worked to improve the organic compost drop-off site located in the district by championing it to the district board and the neighborhood, as well as volunteering his time to maintain the site.

He helped the Environment Committee develop web-based mapping applications for a number of projects, including mapping of the distinctive trees and the paths within and around Como Park.

Ireland is also on the board of the Como Active Citizen Network, a group of residents working to improve Lake Como and the neighborhoods around it. The network helped with the voluntarily removal of leaves from the streets to prevent degrading of the lake’s water quality. He was also an active member of Storm Drain Mural Project at Lake Como, which was completed last fall. 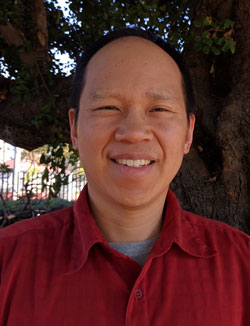 Frank P. Liu has lived in St. Paul for four years and has jumped into the community with both feet. He serves the St. Paul community as a volunteer chaplain for the St. Paul Police Department. He organized his congregation to serve lunch to officers, after they delivered free toys and books to the local children’s hospitals at the Cops and Kids holiday event, and to members of police department’s bicycle patrol class in the spring.

As a neighbor, he has volunteered his time serving at the citywide picnic in the summer, actively participated in many Como Curb Cleanups each fall, continually shoveled his neighbor’s sidewalks during the winter months and planted hundreds of flowers at the Churchill Triangle Garden in the spring. He loves the people of our community and actively invests in our neighborhood.

Quentin Nguyen began transforming his front yard shortly after he moved into his modest home at one of Como’s busiest corners. He has entertained neighbors with topiaries of magical shapes, a large whimsical giraffe named Gabriel, a fence-mounted hanging herb garden growing in recycled plastic 7-Up bottles, a replica of Como Zoo’s resident Galapagos tortoises, Marco and Erwin, and a lawn planted with bright green mounds of Scotch moss. 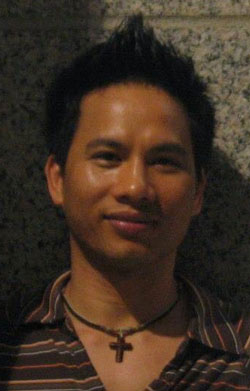 Since 2015, Como residents and commuters have admired his work, often lingering as the traffic light at Lexington Parkway and Hoyt Avenue cycled from red to green and back to red again.

From his high-traffic corner, Nguyen quickly responded to Hurricane Maria by launching a GoFundMe website to raise money for victims, offering clumps of his Scotch moss to donators. “I love to make other people happy, and this is something I can do: remind people to do something nice to each other, especially in this situation.” He raised $3,800 for relief efforts in Puerto Rico.

All District 10 committee and council meetings begin at 7 p.m. at the Historic Streetcar Station, which is at the northeast corner of Lexington Parkway and Horton Avenue. Community members are always welcome to attend and participate. Whenever possible, agendas are posted in advance in the “Board News” section of District 10’s website. The Feb. 20 meeting will be streamed live on the Como Community Council Facebook page. Here are the upcoming meetings: