News from the city of Falcon Heights 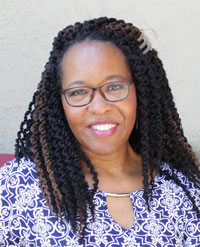 Falcon Heights will see two new faces on the Falcon Heights City Council in January. Melanie Leehy and Mark Miazga were the top vote-getters in the Nov. 7 election.

The city of Falcon Heights has openings on its four city commissions that serve the Falcon Heights City Council in an advisory capacity. The commissions are Planning, Parks and Recreation, Environment and Community Engagement. Each commission is made up of up to seven commissioners, a council liaison and a staff liaison.

Commissioners are volunteer residents, local business owners and business designees who are appointed by the mayor and approved by the City Council. Commissioners serve a three-year term and are eligible for two terms.

Interested? You can apply online or submit an application to Falcon Heights City Hall. The city is looking to fill vacancies for January 2018 openings, but applications are accepted year-round. For more information, visit www.falconheights.org under “City Government” and then “City Commissions.”