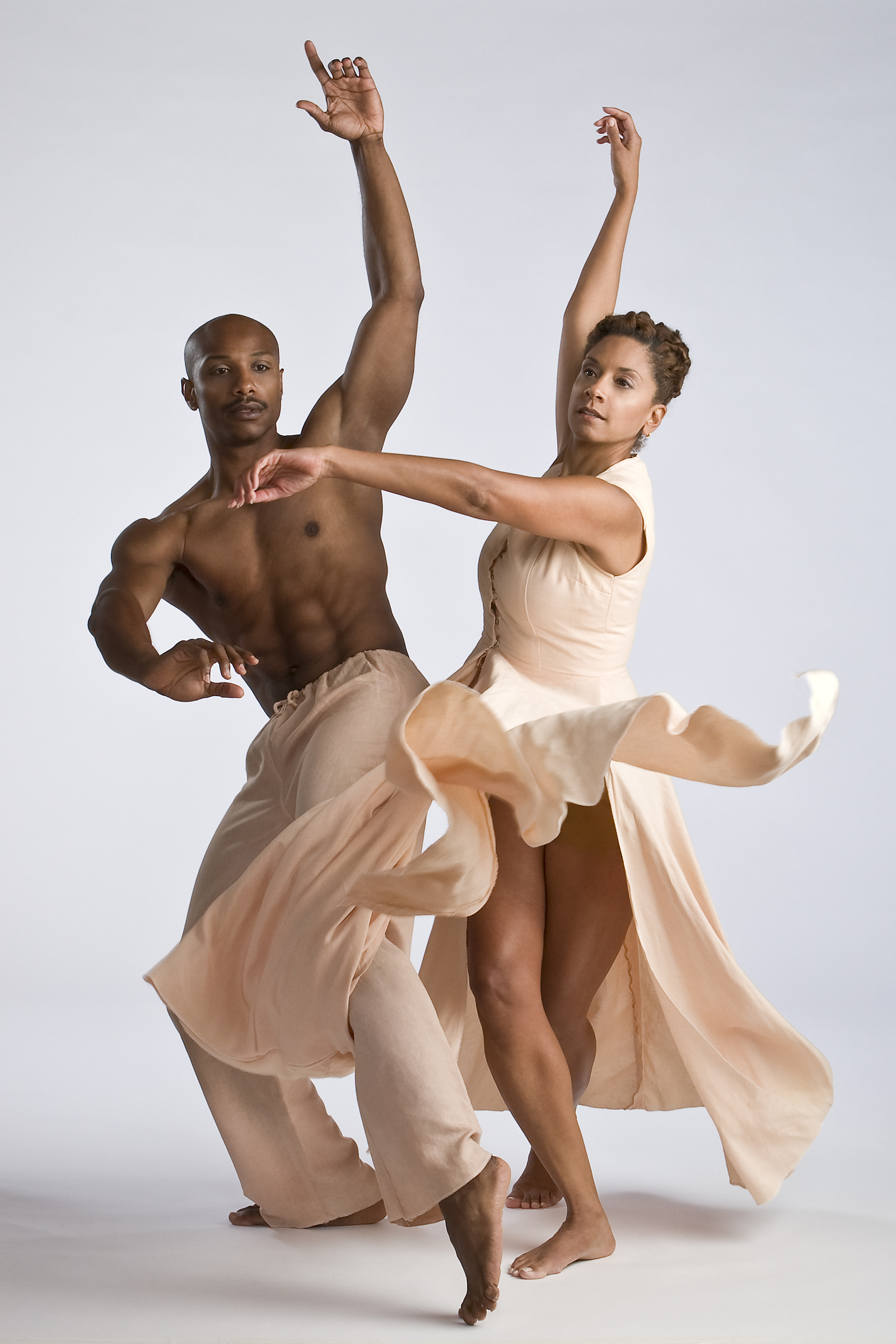 Uri Sands (the U in TU) and Toni Pierce-Sands (the T).

When two former members of New York’s Alvin Ailey American Dance Theater founded their own dance center in St. Paul, they weren’t sure what would happen.

Yet, as TU Dance Center looks toward its first decade, it’s both fulfilled and surpassed its founders’ dreams. TU Dance Center, located at 2121 W. University Ave., adjacent to the Central Corridor light-rail transit line and just a few blocks east of Raymond Avenue, was opened in 2004 by co-directors and life partners Toni Pierce-Sands and Uri Sands.

The center is home to a professional company and offers a preprofessional program and classes to youth and adults.

Pierce-Sands, who danced with Alvin Ailey for seven years, came back to her native St. Paul when her son was young.

“I wanted to be near my family and, for a while, I traveled between St. Paul and New York,” she said. “And then I met Uri and started dragging him along.” The couple eventually married and settled in St. Paul. “We asked what we could bring to the community versus just fitting into it,” Pierce-Sands said.

Growing up in the Twin Cities, Pierce-Sands and her sister trained at Minnesota Dance Theatre. “Back then, there were very few children of color,” she said. Although the Twin Cities demographics had changed since then, that wasn’t necessarily reflected in the dance scene, she said.

“We wondered how we start emulating our community, which has shifted so much,” said Pierce-Sands. “As we built the company, we wanted to create a school as well. Now we’re going into our 10th year, and our school will be two years old in August.”

The school offers pre-professional classes and classes for juniors and teens. This summer, it will offer a three-week intensive for dance artists ages 12 to 23 and July classes for ages 5 to 13.

When TU Dance first came into the Twin Cities artistic community, “there was support from people who were already established, and people were willing to help out,” Sands said. “The challenge we had was just starting up as an organization: You have to raise the money and get someone to take a chance on you initially.”

TU Dance received its first grant from the Jerome Foundation. “The Jerome gave us a contingency grant,” Sands said. “They gave us the money with the idea that we would be able to secure the other funds necessary for the production.”

TU Dance also submitted a proposal to the Ailey Dancer’s Resource Fund. “It’s there for dancers to support any sort of outside endeavor. Between that and modest earned revenue from ticket sales, that’s how we started.”

The Twin Cities finds ways to support artists, Sands said. “That doesn’t happen in every city, and it makes me proud to be an artist here. The work that Toni and I do goes beyond us: It’s about building and serving the community, and also about being ambassadors for dance.”

“We planted here, but it’s like a tree where the branches grow outside the community,” Pierce-Sands said. “The more sun it gets, the bigger and broader the tree is. Our organization is about growing from this place and bringing attention to this city that has supported us. We continue to grow outward, which gives potential for our students, our dancers and anyone who comes through this organization. They can carry TU Dance on their wings and go outside of this community.”

“As our dancers grow as artists, we also have to keep up with them,” Sands said. “We continue to move the organization forward—whatever forward means.”

Sands and Pierce-Sands are looking forward to TU Dance’s upcoming performances at the O’Shaughnessy, 2004 Randolph Ave., on May 31, June 1 and June 2. There will be new works on this program, including one created by Sands.

“This work is five themes based on escape,” he said. “One idea is escaping a confined place. Then there is another aspect that is more like escaping on vacation. Yet another idea is going into a masquerade ball and escaping from a reality. These works are early in the conceptual stage, but they’re about freedom and frolicking.”

“She’s an extraordinarily gifted young lady who we worked with a year ago,” Sands said. “We were so enthralled with her work that we wanted to have her come back again and create a new work for the company. That will be premiered as well. As with all TU Dance concerts, the work will have many different components, and there’s always some sort of surprise.”

Part of TU Dance’s mission is “to educate the general public to better understand and appreciate dance by performing and teaching work which integrates diverse cultural traditions; and to expand audiences for dance in Minnesota through performance and education.”

“Uri and I were privileged to dance with Alvin Ailey, and travel all over the world,” said Pierce-Sands. “We know that dance can lift us up. It has the ability to touch us, whether it’s abstract or literal.”

But Pierce-Sands is interested in bringing dance to people who have never seen dance. “Some are panicked because they don’t know what they’re going to see, or what they’re supposed to do. Yet, you don’t have to come with any knowledge. It’s whatever you bring to the performance.”

To that end, Uri Sands wants readers to know that “they have a dance center in their neighborhood where they can visit, bring their children and take classes. And the teachers and leaders at this center have worked with some of the leading dance companies in the world. [The teachers] are accomplished professionals with careers in the art form who are giving back to the community in Minnesota.”

Natalie Zett is a St. Paul freelance writer who has been contributing to the Bugle since the early 1990s.