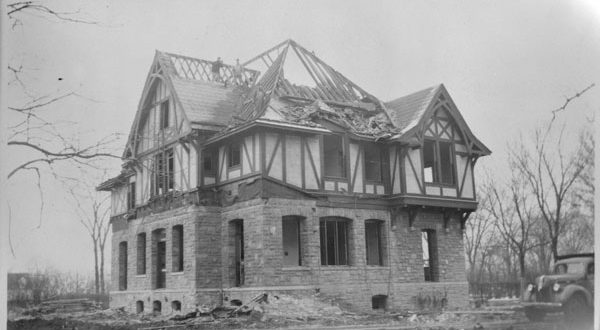 The demise of a gracious country home 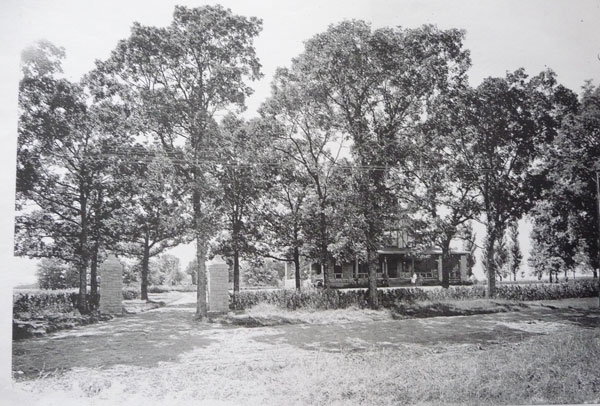 The Crossroads in its prime: That’s undoubtedly Nettie Snyder sitting on the veranda of her new $20,000 mansion, circa 1907. It had a limestone exterior on the first floor and a “French half-timbered effect” on the second. The home lacked indoor plumbing, but the wires in the foreground of the photo seem to indicate it had electricity. Photos courtesy of Minnesota Historical Society

In looking through the “Darn History” photo file, the writer was reminded of the relatively short existence of a remarkable home that once stood on the southwest corner of Snelling and Larpenteur avenues.

The story of opera impresario Nettie Snyder’s summer house already was told in the April 2012 Park Bugle (Today’s busy corner was home to ‘The Crossroads’), but these previously unpublished images give a glimpse into the relatively short life cycle of the mansion designed by Emmanuel Masqueray, also architect of the St. Paul Cathedral. 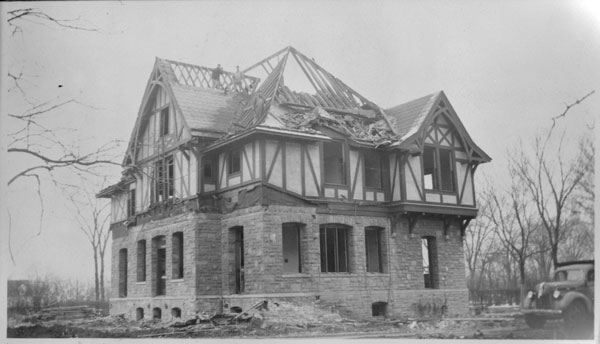 The Farmers Union Grain Terminal Association acquired the property in 1945 and tore down the house to make room for its new headquarters. 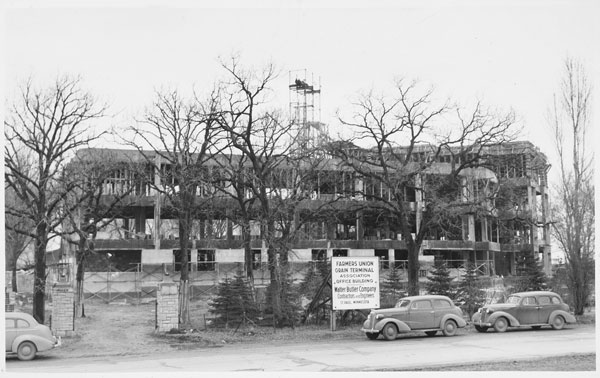 As the Farmers Union’s new $600,000 art-deco structure rose, the only remaining sign of the Crossroads were the two columns that once marked its entryway. Today the building is owned by the TIES organization, a consortium of Minnesota school districts.

Built in 1907, Snyder used the home to host recitals and visiting opera stars through the ’teens. But the Crossroads entered a period of decline in the late 1920s and last served as a nursing home before being demolished in 1945.