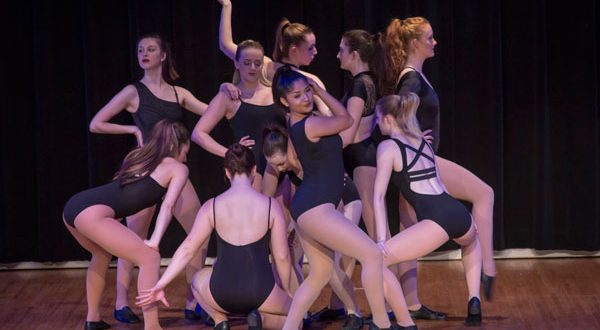 U of M Dance Collective to perform this weekend 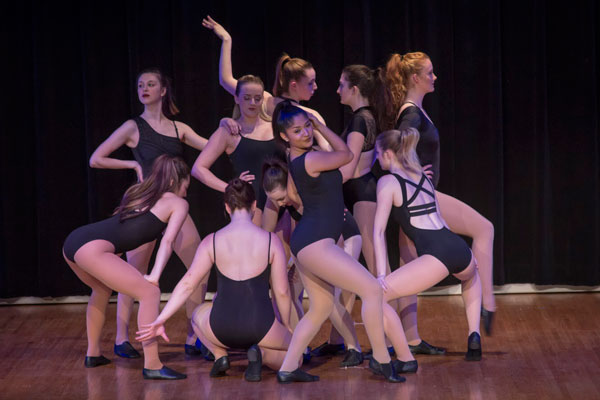 The three-year-old Dance Collective at the University of Minnesota keeps up a lively pace and is growing fast. The all-student organization presents fall and spring shows at the St. Paul Student Center, runs weekly classes, performs in small groups on and off campus, and offers “bonding events” for social time.

Now they have an opportunity for social media exposure, via a video collaboration with local musician Solana, who invited Collective leaders Katelyn Osland and Lydia Vejar to choreograph a video with him and recruited Dance Collective members to perform in it.        Collective co-president Kylea Barnes described the five-hour marathon of rehearsal and taping: “I definitely have an appreciation for music video dancers now,” she said. The dancers are hoping to premiere the video at their spring show, and it will likely be available on YouTube later this spring.

The Collective, one of the university’s many official student activities, is open to all students looking for a noncompetitive dance experience, the leaders said. All members are invited to choreograph dances, and the Collective leaders try to match dancers with choreographers to meet a variety of skill levels and interests.

Members commit to participating in at least two classes per semester and are invited to choreograph and perform in the various dances. Barnes said recent classes have presented belly dance, hip-hop and lots of other styles.

Barnes said the group is different from other student dance clubs in that it is neither competitive nor focused on one particular dance tradition.

“We welcome everybody,” she said. “It’s about having fun and learning dance with your friends.” She said the group also hosts “bonding events,” attending performances together or just getting together for social time.

They participate in campus events, such as “Push 4 Art,” which features performers offering “buttons” that passersby can push and receive a brief show, often emerging from a crowd of students and taking the people around them by surprise.

Dance Collective members have also performed at events for Habitat for Humanity, Big Brothers and Sisters, and other off-campus groups.

At the December show, most of the pieces ran the length of a typical pop song, with anywhere from one soloist to a dozen dancers at a time taking the stage. In addition to many combinations of Collective members, there were guest performances from other student dance groups, including UBreak and a dance club called DOOM. “We value collaborating with other dance groups on campus,” she said.

With 95 members this year, the leaders say they’re outgrowing both stage and audience space and would like to find a larger performance venue, although they like being able to hire the audiovisual experts at the St. Paul Student Center to run lights and sound.

Dance Collective Spring Showcase performances, free and open to the public, will be held Saturday, April 28, at 2 and 7 p.m., at the St. Paul Student Center stage. The student center is located at 2017 Buford Ave. The Collective does not sell tickets but will accept donations at the door.

The December performance was standing-room only, so Collective members advise early arrival to get a seat, especially at the later show.

Anne Holzman is a freelance writer living in Bloomington. She attended the December show to see her niece, who is a Dance Collective member.