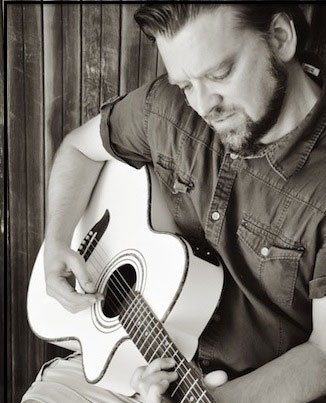 Paul Seeba has lived in the Como Park neighborhood for 15 years now, but when it came to putting together his first album, the singer/guitarist/songwriter turned to his Iron Range heritage for inspiration.

He describes the album, “Mitchell Yards,” as “rootsy Americana” in the musical genre of Wilco and the Jayhawks, with storytelling often based on real people, relationships and events.

The title track involves an abandoned train-switching station outside Hibbing, Minn., where Seeba was raised. The station played a key role in the shipment of iron ore to aid the Allied efforts in World War II and later escaped demolition—narrowly—because of its historical significance.

It’s probably only natural that Seeba’s songwriting often takes such a turn, because his day job is teaching social studies and history at White Bear Lake High School.

“I’ve been writing songs for 30 years and did a lot of live performing when I was younger, but teaching and being a dad has taken a lot of energy,” Seeba said. “It just seems like the time is right to come back to the music.”

Seeba’s old friend Rick Mattson, who owns Sparta Sound Recording Studio in Eveleth, produced and recorded the album and performed on it as well, along with drummer Greg Tibruzi.

Seeba is back performing live this spring, on the Iron Range and in Duluth and Fargo. In addition, he will have a CD release party at 9 p.m. Friday, May 16, at Manitou Station, 2171 Fourth St., White Bear Lake.

“Mitchell Yards” can be purchased from a number of online sites, including CD Baby: www.cdbaby.com. For more information, go to www.paulseeba.com.