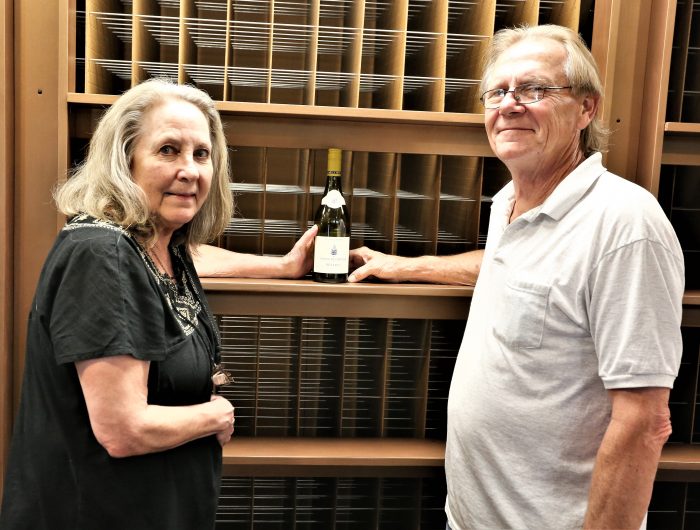 For The Little Wine Shoppe, a little move 

The Little Wine Shoppe, a fixture in St. Anthony Park’s Milton Square for 17 years, has moved into expanded quarters.

But local connoisseurs of the grape are relieved that it didn’t go far — just a little over a block, to the southeast corner of Como and Doswell avenues.

The Little Wine Shoppe opened in 2005 under owners Jeff and Christina Huff. Because their store would be located close to a residential neighborhood, an off-sale liquor license required a waiver from the St. Paul City Council and consent of at least 75 percent of residential property owners and tenants within 300 feet of the location.

The Minnesota State Legislature also had to amend the state code to allow a license for an establishment located within a half mile of the University of Minnesota’s St. Paul campus.

After the Huff’s divorce, Jeff continued to operate the store. He sold it to Pam Johnson in 2012. She and her husband, Austin, have jointly operated it since then.

The store had always had a small footprint: 350 square feet. That constraint had become more binding recently with the explosion of the local craft beer scene.

That need prompted a search for a bigger location. Johnson wanted to stay in the area, and she targeted the former Knoke’s Chocolates and Nuts space at Como and Doswell avenues, which has 948 square feet of space.

Pam learned that although the Shoppe would be moving only a short distance, it would need a new liquor license, which set in motion the same neighboring property owners consent requirement that the original owners faced.

The re-licensing process began last October and finally was completed in June. The old store was closed for three days while the Johnsons, some of their distributors and many friends moved stock to the new digs.

Austin built the cabinets at the new store, where there is room for a bigger selection of wines—plus three times the cooler space of the previous location.

Pam said that what visitors see on the store shelves reflects customers’ tastes.

“We stock what people tell us they want,” she said. “We’re here to serve the neighborhood. We look at this store as belonging to the people who shop here, and that’s always been mostly people who live in the area.”

As pandemic restrictions continue to ease, the Johnsons said they hope to resume wine tastings, which Pam described as a great way to introduce people to new wines. She added that although the Little Wine Shoppe has a new address, their emphasis on customer service hasn’t changed.

“If we don’t have something you want, we’ll order it for you,” she said. “We want to continue to be your one-stop neighborhood wine shop.”

Dave Healy lives in St. Anthony Park and is former editor of the Park Bugle.