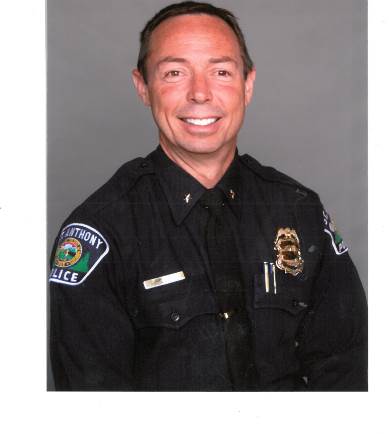 Technically, the City of Lauderdale doesn’t have its own police department. Most of the time, that doesn’t much matter because the small suburb is the kind of place that largely polices itself. Everybody seems to recognize everybody, and if you’re not from around there, someone will ask you if you’re lost.

But every so often, the police must be called. And residents there are about to lose their longtime chief, John Ohl, who has been patrolling the streets of neighboring St. Anthony for more than three decades. For most of that time, both Lauderdale and Falcon Heights have been under the umbrella of the St. Anthony Police Department. The arrangement must be working because both towns have some of the highest criminal clearance rates around.

“Our clearance rate for Falcon Heights is 54 percent,” Ohl said. “You think a bad guy thinks that’s a good chance to take? It has been as high as 65 percent in Lauderdale. That’s an impossible statistic. I credit that to knowing the community.”

As he rose through the department ranks, Ohl grew familiar with the technical terminology popular in today’s law enforcement discussions. For example, one popular phrase is “community-oriented policing,” which focuses on building relationships with the community, crime prevention and problem solving.

“Community is the reason why we’re a good fit for Lauderdale and Falcon Heights,” Ohl said. “It’s why our 20-plus-year relationship has been so successful. Police departments have to match the culture of the community they’re working for, and our culture is service oriented: Get to know people. Stop by the kids that are playing basketball. Make sure we’re present at city events. Relationships are how we get our job done.”

When he started school, Ohl had initially wanted to be a conservation officer for the Department of Natural Resources, enforcing the state’s rules governing wildlife. But when those jobs proved to be few and far between, Ohl became interested in policing. After a few years doing odd security jobs, Ohl got his first job at the St. Anthony Police Department.

“I was just a dumb, wet-behind-the-ears kid,” Ohl said. “I ended up making the decision to go into law enforcement in a kind of backdoor way.”

For more than 30 years he worked his way up through the ranks, making detective after six years as a street cop, and eventually rising to captain and the chief responsible for the three jurisdictions.

“Leaving now feels right,” Ohl said. “I’m not angry. I’m not burned up. I feel good. This job is tough on people. It’s tough on the patrol officer, and tough on the administration. Everything’s my fault, and I’m on call 24 hours a day.”

These days, it’s almost impossible to have a conversation about policing without discussing racial profiling and police shootings, particularly around incidents like last years’s officer-involved shooting of Jamar Clark in North Minneapolis. It’s a topic that Ohl does not shy away from.

“If it bleeds it leads, that whole thing,” Ohl said. “The media reports on crime, and people think that crime is out of control, even in years where we can show crime is down significantly.”

Comapring big-picture crime stats, Ohl points at the media and what he calls “white-hot” attention on a few incidents as key reasons why police-community relations have become tense. The lack of a platform for police to tell their stories makes him worry for the future.

“People think that cops are gun-crazy, shooting nut bags that need to be reeled in,” Ohl said. “I’m already hearing that schools teaching law enforcement are having declining enrollment rates. Bright young people who should be cops are choosing different professions.”

Ohl insists that things are different in quiet St. Anthony, Lauderdale and Falcon Heights, where the police, the elected officials and the community have maintained a good relationship.

“Our council supports us, and we are greatly appreciative of that citizen and council support,” Ohl said. “But geez, national news media and local media are making it tough to recruit high-quality cops.”

Chief Ohl seems slightly relieved to be leaving the job this year. But at the same time, Ohl doesn’t think there are a systemic problem in policing, especially in his cities. And thanks to succession plans, he says he is leaving the department in good hands.

“From 33 years now I’ve been reflecting on this, and it is the topic of the day,” Ohl said. “But nothing’s significantly broken in law enforcement right now. We are better trained, better selected, better educated, held to more standards, more accountable, and with better policies than ever before in U.S. history. We are moving forward constantly. What more are we supposed to do?”

Ohl’s successor [ ] is set to take the reins of the department this month. Meanwhile, Ohl is going to take a well-earned vacation and is interested in getting involved with small businesses or volunteering in the community.

At the end of our interview, Ohl’s ears seemed to perk up and he became distracted.

Ohl went over to the police radio in the corner of his office and adjusted the volume knob. Somewhere just over the Minneapolis border, someone was on a rooftop acting erratically, and St. Anthony Police Officers were on the scene.

“May be ‘excited delirium,’ ” the voice on the radio said.

Ohl paced for a minute, speaking into the walkie-talkie. A tense moment passed before one of the voices on the radio responded back with an “all-clear” message. A sigh of relief.

“That’s the job,” Ohl said. “ ‘Excited delirium’ is something new, often referring to people who might be on drugs like meth. Years ago you would have never had an officer diagnosing medical conditions on sight. But now we do.”

It was just another day on pins and needles in the St. Anthony police department. For Chief John Ohl, it was one of his last.