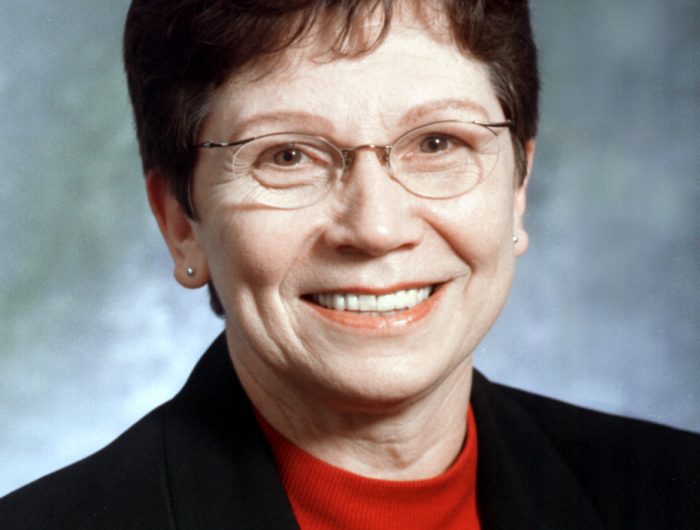 Alice Hausman to retire after three decades at Capitol

State Rep. Alice Hausman, who has served in the Minnesota Legislature since 1989, recently announced that she won’t run again in 2022.

In her final year at the Capitol, the District 66A DFLer from Falcon Heights will continue chairing the Housing Finance and Policy Committee and serving on Transportation. During her three decades in the House, she has also been on Capital Investment, Environment, Ways and Means and Legacy Fund committees. She previously chaired Capital Investment, leading the Democratic Party’s bonding efforts.

The second year of a biennium normally sees “tweaks” to the budget from the previous year, she said, while lawmakers focus on bonding. However, this year, due to a large projected surplus and various pandemic related streams of federal funds, Hausman said to expect a separate supplemental budget bill.

She’ll try to persuade House leadership to prioritize housing in the DFL’s budget proposal. She said housing took a backseat last year, but this looks like a second chance.

Housing advocates have enjoyed some success in recent years, but there’s still a shortage of affordable options. Hausman said the state used to do “maybe $2 million in bonds for housing.” Then the housing finance crisis hit the country in 2008, and advocates began showing up at the Legislature in droves.

At first, she said, “Everyone was coming with their own agenda. We got nothing.”

The Homes for All Coalition formed in 2011. The state responded to their coordinated effort with increased funds.

Then someone came up with the idea of creating bonding partnerships with nonprofits to leverage much larger sums of money.

“That turned things around,” Hausman said. “We changed the face of housing for the state.”

In addition to funding, Hausman’s committee wants better tenant protection. She said Minnesota is one of only two states that does not require landlords to give tenants advance notice of eviction.

“We have tried mightily,” she said, blaming the divided legislature.

For example, she said, Rep. Kaohly Vang Her, DFL-St. Paul, wrote a bill that said if someone becomes disabled and can’t live independently, they should be able to break a lease with two months notice. Vang Her’s bill passed in the House but died in the Senate.

The pandemic might have provided an opening. Governor Tim Walz placed a moratorium on evictions in 2020, and when that ended, the Legislature created a temporary “off-ramp,” which included a 15-day notice to tenants. Hausman said a policy priority this year will be to make that protection permanent.

Hausman said she disagrees with Walz’s framing of the bonding bill as a “local jobs and projects bill.” She said that has hurt higher education because it has taken the emphasis off statewide projects.

“Normally we have to demonstrate that a project has statewide significance. All state taxpayers are paying for it,” Hausman said. “Local projects should be debated locally.”

Hausman contends that the three projects she is advocating for in her district all have regional and even statewide impact. The Roseville Oval is “unique in the state” as a speed-skating facility. Como Zoo draws crowds from the metro area and beyond.

Gibbs Farm proposes to serve more schools by winterizing its  facilities. Moreover, she said, education in Dakota history and way of life engages the whole state.

“The three projects that we have in our district are the very kinds that impact the state and the region,” Hausman said.

Asked to reflect on her achievements in office, Hausman said, “Infrastructure has been core to what I do.”

She said the Green Line light-rail and the Bell Museum required years of persistence.

Hausman expressed appreciation for the notes of support she’s received since announcing her retirement in November.

“I have been so fortunate to have this partnership with the people I represent,” Hausman said, adding she is energized by the work of advocates from around the state. That’s “what it’s like when your office gets filled with people who are passionate about an issue. . . . That partnership is a treasure.”