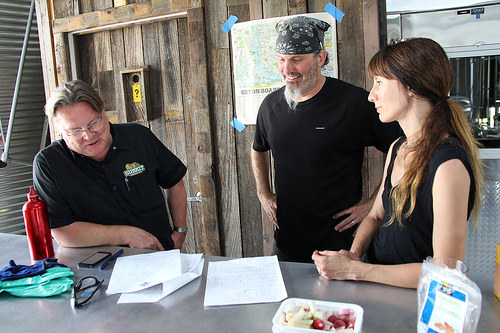 Bang, located at 2320 Capp Road, St. Anthony Park, is one of eight Minnesota breweries invited to In Cahoots! A Collaboration of Craft. Four teams of two breweries were invited to create collaboration beers that will debut on Sunday. Participants will vote on the best brew and a portion of the event proceeds will be given to the winning team’s local charity.

Summit and Bang have selected the Land Stewardship Project as their nonprofit choice.

Bang proprietor Sandy Boss Febbo says the experience with Summit has been wonderful. “They’re beyond awesome, and the resulting beer is pretty great too,” she said in an email.