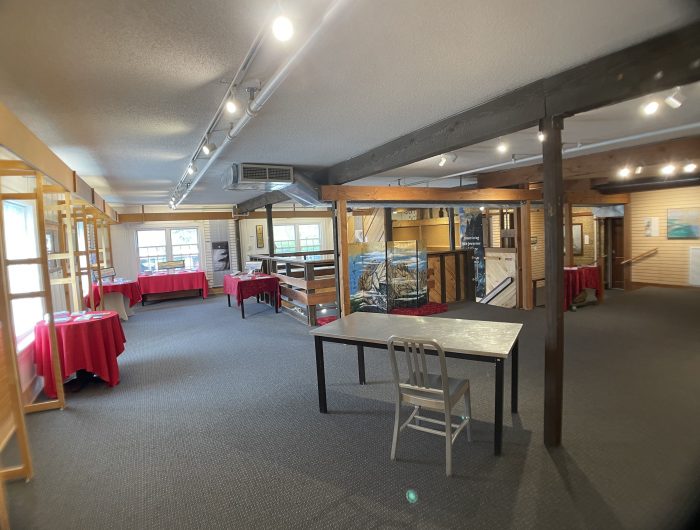 On June 1, boréal will celebrate the opening of its 28th art loft show with a local artist, Tim Harding, who has achieved international stature.

The art loft is located in the upper level of their shop at 2276 Como Ave., and boréal co-owners Janet Haugan and Peggy Merrill have always hoped it would be a community space.

“We wanted it to be available for people to enjoy,” Haugan explained. “Friends have sat up there and had a little coffee and looked at the art. Artists bring their friends and it’s just an enjoyable, easy, comfortable, space,” agreed Merrill.

So, enter now the internationally renowned textile artist and St. Anthony Park neighbor, Harding, whose work will be featured at the art loft from June 1 to July 4.

To celebrate Harding’s show, boréal is holding an open house from 5-7 p.m., June 3.

In the spirit of welcoming everyone, Harding plans to include a sample of his art for the loft’s youngest visitors to touch.

Using a self-developed technique called free-reverse appliqué, he makes his work vibrant and rich, often described as being Impressionist-like.

Harding credits the successful start of his career to the Bibelot, a beloved and retired gift shop formerly located in the same space as boréal and the first retailer to buy his work.

“I think of this show as a testament of my admiration and gratitude for Roxy (Freese) at the Bibelot, for her generous support, and for how Peggy and Janet are carrying on that legacy in boréal’s space,” he said.

Harding’s textile work was most recently shown at the Minneapolis Institute of Arts and the Philadelphia Museum of Art. Through his show at boréal, Harding is looking forward to reconnecting with neighbors post-pandemic and to introducing his work to new neighbors.

“It’ll be fun for me because I’ll have the chance to meet up with some people I haven’t seen for a very long time.”

Sarah CR Clark lives in St. Anthony Park and is a regular contributor to the Bugle.