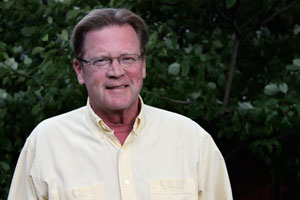 The article, “At Home and Abroad, St. Paul’s Own Impresario Cut a Swath,” told the story of Nettie Snyder, a woman who built a reputation as the only female concert promoter in the city in the early part of the 20th century. She was credited with bringing the world’s opera stars to Minnesota in her day.

Bergerson also wrote about Snyder in the April 2012 issue of the Park Bugle.

Bergerson began exploring the history of this area after he retired. In 2008, he published the book Winging It at a Country Crossroads, the story of the 1920s airport that once stood at Snelling and Larpenteur avenues, and began writing about historical people and events in the Como Park, Falcon Heights, Lauderdale and St. Anthony Park area for the Bugle that same year.

Bergerson has been interested in history “at least as far back as fourth grade, when I was fascinated by the Spanish Conquistadors.” (He’s since found out they weren’t the great guys he had thought they were, he said.) He has written longer pieces for Ramsey County History that describe the lives of “three remarkable people that have largely been forgotten or nobody knew about in the first place.” Take Nettie Snyder, the woman he wrote about in the article that was nominated: “I stumbled onto her through the summer home that she owned across from the old airport and gradually came to know and admire a person who helped bring the stars of grand opera to St. Paul and foster an appreciation of serious music.”