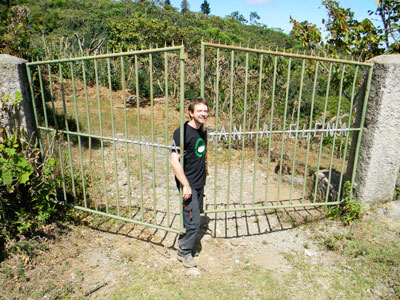 Shawn Person will step into the shared-workspace trend when he opens Roundtable Coffee Works at Raymond Avenue and Territorial Road in early March in the space that was briefly occupied by the St. Paul Classic Cookie Co.

Person describes Roundtable as a “public commercial roasting space” with a walk-in counter that will be open limited hours to sell brewed coffee and pastries to-go and whole beans.

It’s a “coffee-roasting manufactury, influenced by craft guilds and modeled after collaborative workspaces,” acccording to the company website.

The space is designed to roast coffee and offer a place for small commercial coffee vendors to create their own specialty roasts, Person said. Vendors will be charged an hourly rate and receive access to coffee-roasting equipment and roasting guidance and services.

Person is moving from an industrial space on Vandalia Street, where he has been operating his wholesale business, Moonshine Coffee Roasting. Moonshine coffee has been sold at farmers’ markets in Minneapolis and at France 44 Cheese Shop for several years.

Person has been in the coffee business since 2004, when he began working at Starbucks. He spent more than three years with the company, learning more about the business than about coffee itself, he said. He moved onto Dunn Bros. in 2008 and in 2009 bought his first roaster.

He began selling Moonshine coffee at the Northeast Farmers Market, then the Midtown and Uptown markets, and has most recently been selling at Fulton Farmers Market. Erica Strait of Foxy Falafel recommended the Territorial Road storefront to him, he said. “I drive through that part of St. Paul almost every day. It’s a very welcoming community and it fit a lot of criteria: affordability, access to the Green Line and other transportation, and it’s centrally located.” It’s also just around the corner from Strait’s restaurant, which is a favorite of his, Person said. Roundtable will have limited hours of 7 a.m. to 1 p.m. when it first opens. Person doesn’t have an exact date for the opening yet, “but we’re shooting for early March,” he said. Though Roundtable is designed for commercial roasting, Person has had a lot of interest from home roasters. “I am seriously considering opening up [a small roaster] with supervision. I haven’t quite worked that out,” he said.