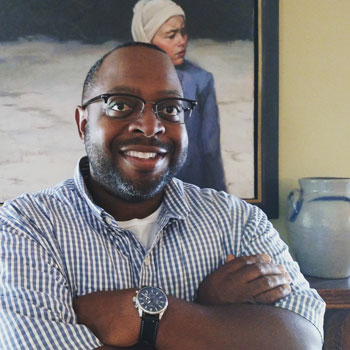 Commentary: What should we do now?

Philando Castile was killed on an avenue many of us travel as part of our routines. The world watched his life leak away. Castile was a child of our city, our state. He was our neighbor and probably knew someone you know. His loved ones say he was a beautiful man, respectful and kind, loved by classmates and colleagues and the children he served in his work at a nearby elementary school. We believe them. We see their truth on their faces. It looks like grief.

The day he died, Philando Castile was with his girlfriend, Diamond Reynolds. Reynolds’s daughter was also in the car. The hasty bullets missed them both, for that let’s give thanks. But the child was still there. We know this. She saw Philando’s white t-shirt overrun by crimson; she heard his anguished cry and endured somehow as her mother’s calm succumbed to grief. She carried on while authority obliterated every notion of Officer Friendly for her, then stunned us with her strength and poise. But she was wounded that day. We know this.

So neighbors, what should we do now?

Let’s honor the memory of Philando Castile by supporting his family to extent we can. Let’s send condolences to his loved ones and donate to the fund for Diamond Reynolds and her daughter. Let’s leave ideas at his memorial. Let’s take in ideas left by others. Let’s look for ways to help. As we do so, let us not trade in low gossip about Castile’s past, such speculation should also be silenced by the gun. No more character assassinations, please. No more eulogies spat out like hate.

Let’s leave room in our hearts for the friends and family of Officer Jeronimo Yanez. Let’s comfort them if we meet them. They deserve our compassion and empathy. As for Officer Yanez, I hope for him what I hope for my daughter when she makes a mistake: may he have helpful consequences. May we hold him accountable with strength and compassion. May his consequences offer him, and those who should learn from his tragic mistakes, the best chance for growth and redemption.

Then, let’s look inward. At Philando Castile’s memorial site, you’ll find expressions of wisdom. You might find a cardboard sign on which was written “if you don’t understand, listen.” In the wake of this tragedy we have had and we will have many opportunities to listen and grow. We can learn about Philando’s difficulties in our neighborhoods and places like them. We might hear stories from friends who recount similar experiences. We might hold conversations with neighbors who disagree with us. In response, let us listen. If anything frustrates our ability to listen, if we harbor any hate or intolerance, may we admit it and challenge it and open our ears and hearts.

Then, let’s look outward. Let’s be candid about our neighborhoods. Do they welcome unfamiliar faces or do they repel them? As you work and worship, as you study and play, as you dance and dine, when you survey the photos of friends on Facebook, how many of the people look like you? How many of them live like you?

Let’s do research. As we study the events of July 6th, when difficult truths emerge, let’s acknowledge them. Let’s find the will to do better. No more spider-web policing here, please. No more racial profiling. No more unwarranted stops. Let’s share unimpeachable core values then make sure our public servants reflect those values, not undermine them. When we tire in this work, and we will, let’s lift each other up and press on. Let’s hold each other accountable for the communities we desire.

And let’s never forget this tragedy. At the site where Philando Castile died, there is a sign hanging on one of the canopy tents. It reads, “What would Phil Castile want us to learn from his death?”

I won’t speak for Philando Castile. As a black man who has lived most of my life in white spaces, I know the ways of the wary. I know when I’m not welcome. I have been followed without just cause. I also saw Officer Friendly erased. So I believe I know something of Philando Castile’s struggle, feeling trapped in a web, unable to free yourself, bound up while the venom does its agonizing work. But no, I won’t speak for him. Instead, I’ll tell you that if it were me, shot down on the streets of a city I considered my home, a city I go on loving in spite of myself, if it were me, I would hope my memory would be for a blessing. I would want you would learn at least two things from my death: we invite what we allow, and none of this has to happen here.

Michael Kleber-Diggs is a poet and essayist. He lives in Como Park.