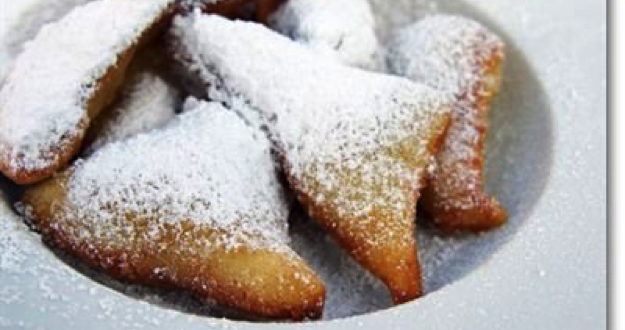 Beignets were one of Dockside’s specialties.

St. Paul officials say they’ll announce by the end of November how they’re moving forward to replace Como Dockside, which will shut down for good on Wednesday Nov. 22. Their hope: Have a new business in place in time to open by spring 2018.

Public outreach will include a community meeting on Monday Nov. 27 at 6 p.m. at the Lakeside Pavilion, says Brad Meyer, manager of finance and planning for Parks and Recreation.

“Our plan is to have next steps settled by the time Dockside closes,” Parks director Mike Hahm says. The week after Thanksgiving, the city intends to make public the details on how it is reaching out to and soliciting potential replacement businesses, “whether that’s an RFP or something else,” Hahm says.

First year was the best

“It’s disappointing,” Dockside manager Jarret Oulman told District 10.  “There is real opportunity there. A lot of people were really excited.”

Ultimately, however, Dockside could not overcome inconsistency in service and quality, the seasonal peaks and dips in business, or figure out how to run a reliable restaurant while meeting all the other responsibilities required in its city contract, Oulman says. Dockside managed the entire Lakeside Pavilion; booked daily music from spring into fall; opened and ran a seasonal concession stand; sub-contracted out for seasonal recreational rentals; and oversaw special events, community rooms, and even public bathrooms in the building.

More than a restaurant

Dockside opened amid extensive hoopla – and controversy – in May 2015. City officials, believing the Pavilion was not generating as much revenue as it could, broke their contract with Black Bear Crossing, which had run a cafeteria-style operation in the Pavilion for more than a decade. That decision cost the city an $800,000 legal settlement with Black Bear’s owners.

Dockside, meanwhile, carried out an extensive renovation and opened a genuine sit-down restaurant with a full bar and a Louisiana-themed menu. It was an immediate hit. In its first four months, Dockside generated more than $1 million – four times more than Black Bear had generated in an entire year, according to city figures.

In 2016, Dockside opened a lakeside window with a grill and ice cream. This concession standwas designed to serve those who found the main restaurant menu too limited orexpensive. Dockside also worked to make the Pavilion more of a community hub: It tried a summer farmers market, an outdoor sauna, movie and game nights, Christmas tree sales, special events, and sub-contracted with Wheel Fun to offer rental surreys and watercraft. In all, Dockside management invested more than $300,000 in improvements to the Pavilion, city staff say.

Given their connection to downtown’s Amsterdam music hall, it is no surprise that Dockside management also stepped up the quality of free music on the Promenade, branching out beyond the typical summer fare of brass bands and community orchestras. It even scheduled a few, well-received paid concerts. “We’re really proud of some of the events we put on, of activating the space,” Oulman says. “It was totally solid.”

Whipsawed in too many directions

But Dockside never overcame the consequences of success in its first summer, Oulman says. “It was so busy, it was not a healthy thing. It was nice we made money the first season, but we got our butt kicked. There were compromised experiences for customers and staff.”

Dockside never figured out how to juggle two different sets of customers, two different service models, and the weather-related swings in business – all with the same staff, he says. “We did drop the ball.”

In general, he says, park visitors had different expectations than neighborhood residents or customers who came in for a restaurant meal. Summer customers typically wanted quick and simple food, he says; that could be handled well enough at the lakeside concessions window. But the main restaurant, which featured more-detailed food made from scratch, was never designed for speed. Weather-driven variations in business only made that tension worse: One day, staff could be told to stay home or sent home early; a few days later, “you don’t have enough friends to call in to help,” Oulman says.

“The staff had to switch all the time from high volume to high detail, and they would fumble. And if the food was taking too long, or the craft cocktail was taking too long, people would get angry. Everybody’s experienced was compromised. The challenges meant we started splitting at the seams. So we lost a lot of good staff and good managers.”

Oulman says he believes the right kind of restaurant model can work. But if city officials and neighborhood residents want the Pavilion to succeed, they should re-examine some expectations, he suggests. His main lesson learned the hard way: The city should treat the Pavilion like a mall, in which multiple businesses support the space, instead of relying on a single vendor.

“One mistake we made was thinking that, in the off season, an 80-seat restaurant could pull the weight for a 40,000-square-foot facility, pay the electric bill and all that stuff,” he says.

Residents and Saint Paul officials also should realize that, whatever the restaurant, it’s not going to make everybody happy. “The expectations that weren’t being met ran the gamut, and none of it was a solution.”

In particular, he says, quit making comparisons to restaurants that operate in Minneapolis’ parks, such as Sea Salt Eatery. For one, the Minneapolis restaurants are seasonal, just like Como Park’s pool, picnic pavilions, and many other park amenities. Dockside wasn’t. “Go to Sea Salt now. Try to get a meal. You can’t. They’re closed.”

Most importantly, he says, Como’s Lakeside Pavilion is unique. “It’s beautiful. It’s like working in a castle on a lake.” Most of the Minneapolis structures, he says, are little more than “concrete picnic shelters with bathrooms, though Minnehaha has gotten better.”

“But they don’t have the relationship with the community that this one does. They consider the [Pavilion] something that’s very important. They want access to this facility as much as possible. That dynamic is something that has to be figured out.”

Want to support local restaurants? Here is a list of sit-down and carry-out eateries and bars in District 10.

Reprinted with permission from the District 10 newsletter.