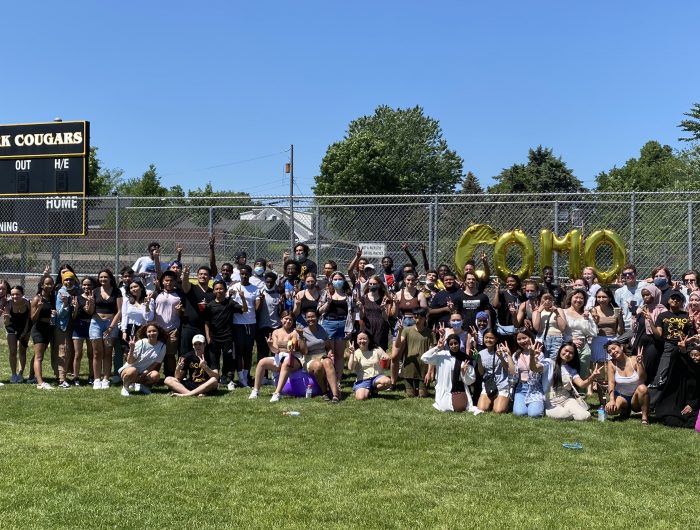 While the fourth quarter of the 2020-2021 school year at Como Park High School progressed with in-person learning and without any school-wide COVID-19 closures, it was tough to beat the heat.

Como High was equipped to handle the heat wave of early June—which saw temperatures soaring into the 90s—thanks to the school’s remodeling and installation of new air handlers and chiller units. Head Custodial Engineer Adam Szymanski said that the district controls the set point for classrooms at 76 degrees.

But too many students across St. Paul suffered in buildings that lack any cooling relief. Murray Middle School teachers reported that interior hallways reached 99 degrees.

Classroom temperatures were “only in the upper 80s” according to Murray science teacher Tim Chase.

With an abundance of uncomfortable conditions, a forecast calling for more of the same and three school days remaining on the calendar; St. Paul Public Schools shut down classes all across the city.

The abrupt ending was another in a series of “unprecedented”—the word of 2020-2021?—events for students at Como.

Fortunately, the Cougar Class of 2021 wrapped up its academic obligations one week earlier. The first day of the heat wave coincided with the Senior Barbeque Party held on Friday, June 4, outside on the school’s grassy baseball outfield.

The seniors celebrated in the sun and soaked up summer vibes with a dunk tank, DJ, lawn games, catered food, slushies, Como-themed mini-golf course, volleyball and more. Most significantly, classmates who missed so much in-person interaction were able to connect and enjoy being together.

The special event was organized by the Como Park Booster Club. The creativity, planning, generosity and labor of the booster club parents was a gift greatly appreciated by Como seniors and staff. Resources and sponsors from the traditional, all-night graduation party were transferred into the enhanced barbeque, since COVID protocols prohibited the indoor all-night event.

Three days later, on Monday, June 7, the Como Class of 2021 graduates gathered in their caps and gowns at Aldrich Arena to receive their diplomas. Throughout much of the school year, there was trepidation about a potential online graduation. Students and families longed for a traditional live ceremony.

In the end, however, when graduation was finished, joyful smiles were shared and captured in photos that will be treasured forever—pictures revealing a bit of “normalcy” to end a school year that was anything but normal.

Eric Erickson, who teaches social studies at Como Senior High School, is a regular freelance contributor to the Bugle.