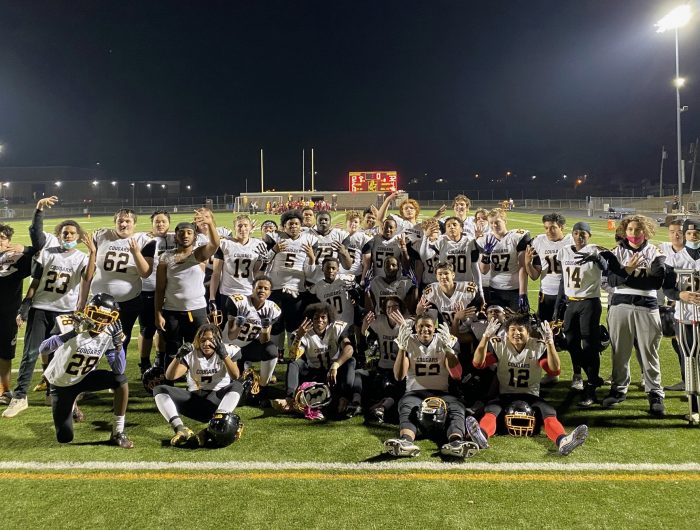 The sights and sounds of high school sports returned to campuses across the state on Aug. 16 with the first day of practice for the new fall season.

At Como Park High School, that meant student athletes in girls and boys soccer, boys and girls cross country running, football, girls volleyball, girls swimming and girls tennis were back in action.The three weeks of sports before the first day of school are filled with team tryouts followed by daily practices, bonding activities and competition commencing Aug. 26 for most activities.

The following is a preview of each Cougar varsity team for Bugle readers. Complete schedules for all Como and St. Paul City Conference teams can be found at saint
paulsports.org.

The Cougars are coming off a season in which they produced a winning record of 6-4-2. The team will be led by first-year head coach Gaby Diaz. Team captains will be seniors Isa Sanchez-­Esparza, Mariatu Kanu and Lenia Lopez.

The varsity schedule includes several challenging nonconference games in addition to the six-game St. Paul City Conference competition. Coach Diaz says the team expects to outwork their opponent in every game and to “play with character and pride.”

This year’s 16-game schedule will feature many more nonconference matches, including an early test versus perennial state power Austin and tough contests against Section 4AA opponents Mahtomedi and Hill-Murray.

Team bonding and Saturday morning breakfast runs are highly anticipated, as is the return to a full schedule that includes big meets like the Roy Griak Invitational. Top Como runners are aiming for peak performances at the Section 4AA meet and a chance to qualify for state.

The Cougars made the most of their four games in 2020, winning them all to earn the St. Paul City Conference Championship. Twelve returning seniors will lead the effort to keep the momentum going.

Aaron Adekplovi and Justus DeLoach are four-year lettermen who play both offensive and defensive line. Quarterback Jude Breen ran the offense at a high level last year and will be expected to do so again, complimented by Santos Aguirre who should give the Cougars a solid rushing attack.

Coach Kirby Scull noted the 2021 schedule will return to the state’s district and sub-district play over eight games. But fortunately each of the St. Paul City teams are part of that schedule.

“Our challenge will be to find a few receiving threats and replace our top four linebackers,” Scull said. “If we can fill those key positions and stay healthy it should be an exciting season.”

Senior captain M’Ta Nashandi leads a younger group of swimmers including sophomores Sophie Warner and Mia Trifilette-Simons. Coach Steve Conery is looking forward to combining his returners with a few new swimmers who should help build excitement for a successful season.

“M’Ta is a strong backstroker and sprint specialist,” Conery said. “Sophie is an all-around good swimmer and excels in the individual medley and distance free events. Mia is a sprint specialist who keeps adding news skills and events each year.”

Senior captain Eva Larson and sophomore Ashley Hartwich will be key players at the top of the Cougars lineup this season. Both of them played in the highest division of St. Paul Urban Tennis through the summer. Como finished 2-8 last year and will work to improve on that record as they play a full schedule including nonconference opponents in 2021.

The Cougars varsity finished the shortened 2020 season with a record of 6-4.