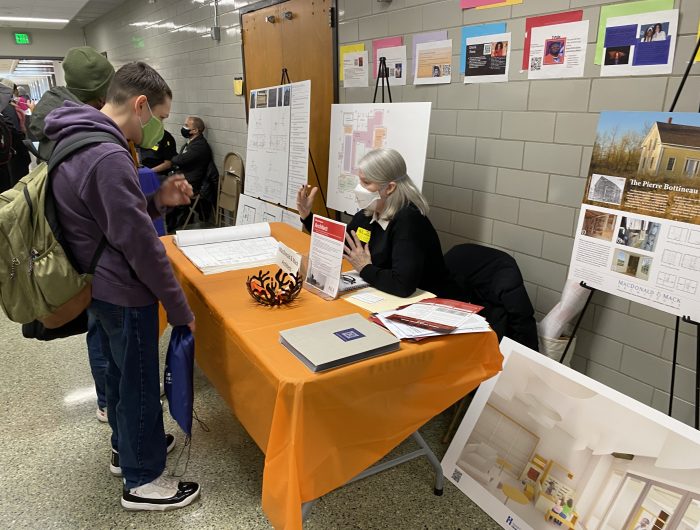 Thirty representatives from businesses, industries and trade groups shared information and opportunities with interested Como students during the school day on Feb. 23. Students signed up for sessions during their 25-minute advisory time and visited the tables that matched their interests.

The event was organized by Mai Chue Moua of Como’s Get Ready program, Bridgette Kelly from Como’s Career Pathway Center and the Como Counseling Department.

Moua was pleased that many organizations brought multiple staff members from different departments. She explained, “That provided students with a holistic view at how organizations operate and what kinds of roles students can pursue within an organization or agency. Hyatt Regency was a great example with a chef and a HR manager participating.”

Moua reported that presenters consistently voiced how thoughtful and engaging the students were with their inquiries, and described the student reaction as enthusiastic. “I’m not exaggerating when I say that I heard a few ‘this is amazing!’ comments from students.”

Many students prepared for the interactions through advisory lessons, which also overlapped with instruction in elective classes such as natural resources and management, entrepreneurship, agriculture, culinary arts, introduction to business and construction and small engines.

Individual Documentary: Jesiah Mason for The War on Drugs, Dallas Beilke for The Abortion Debate.