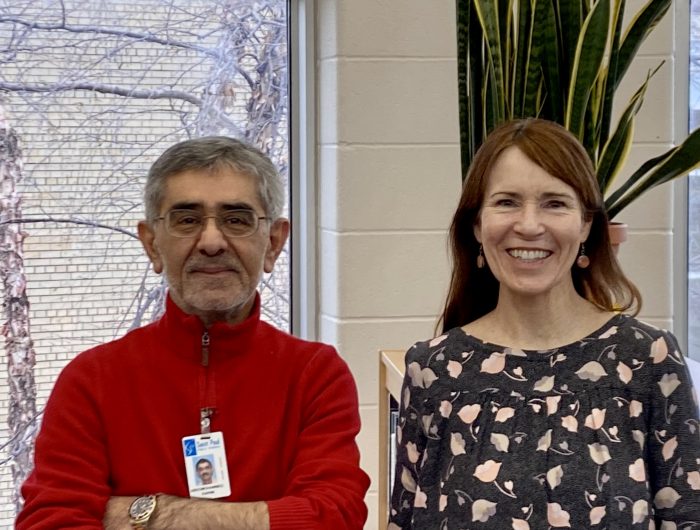 As the 2021-22 academic year comes to a close, the Bugle takes note of two teachers retiring from Como Park High School — Abdomohammed Karimi and Suzanne Susens.

Abdomohammed Karimi began teaching science and math to Como students in the fall of 1985. He spent the first two of his 39 years with St. Paul Public Schools teaching at Washington Junior High.

Karimi was an instructor of AP Physics for most of his career at Como and was known for his enthusiastic greetings and welcoming classroom environment. Students raved about the culinary feasts that he shared with his classes.

The strong relationships Karimi formed with his students resulted in students rising to the challenge of college physics, even sparking interest in aviation. For 13 years at Como, Karimi taught the Sky Pilot program.

During the past 35 summers, Karimi instructed students in mathematics at the Minnesota Institute for Talented Youth at Macalester College. His love of math and ability to adapt content delivery allowed him to effectively teach all levels of it at Como. Karimi also coached soccer for 18 seasons.

“My years of teaching have been filled with utter enjoyment as many familial relationships were formed,” Karimi said. “I am so happy to have taught students whose parents were also my students. I will miss everything Como.”

Meanwhile, Suzanne Susens started her 28-year career at Como in the fall of 1994 as a French language teacher. With dual licensure as an instructor of English Learners (EL) she began teaching EL classes in addition to French, and switched to teach EL full time in 2012.

Susens led several summer trips to France, immersing her students in the language and culture that she had delivered in the classroom. She also served as an assistant tennis coach to Kathy and Dick Dumas.

With an infectious smile and calm demeanor, Susens guided her students to reach the high expectations she consistently set across all grade levels and skill sets. Her belief in Como students was unwavering, and she demonstrated her commitment to them by attending their games and events outside of the school day.

Susens fondly cites attending weddings of former students and meeting their children, and witnessing three students become educators themselves as rich rewards of her career.

“Como has been a family for me,” Susens said. “The students and my colleagues have shaped the person I have become. They’ve made me wiser, kinder and more empathetic — in short, a better citizen of the world.”