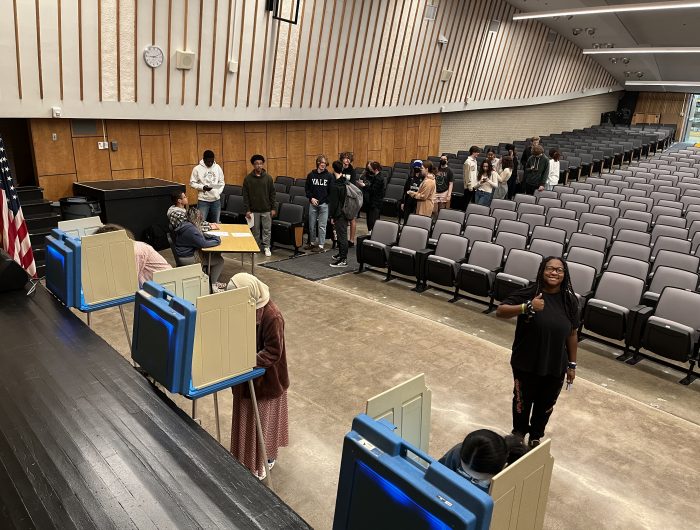 National honors for Como’s JROTC and AP Government students fundraising efforts for a trip to Washington are in the news this month.

The award is reserved for the top 20% of all MCJROTC programs across the nation. For the 2021-22 school year, Como’s ranking was in the top 1 percent.

To provide insight to those areas, here are some statistics: 118 of Como’s 1,094 students were enrolled in the Marine Corps JROTC last year. Those cadets provided a collective 3,336 hours of community service at 34 different events.

Twenty-two seniors in the program earned a total of $446,150 in academic scholarships. An Academic Bowl team qualified for a third straight year of national competition, the male physical fitness team qualified for nationals as did an Orienteering team, which placed first in Minnesota.

Sgt. Major James C. Kirkland explained, “There remains a steadfast level of pride, maturity and discipline built into each school year in which the littlest of things really matter.”

Como senior Alex Le received the Legion of Valor Bronze Cross Award, which is earned annually by just six exceptional JROTC cadets from more than 5,000 across the nation.

Le’s credentials include having the top GPA in Como’s senior class, twice leading his Academic Bowl team to nationals, earning AP Scholar with Distinction status by the end of his junior year and completing the Naval Air Force Pilot Scholarship program at Delaware State last summer.

Le is applying to the U.S. service academies and plans to study aeronautical engineering.

After a two-year pandemic hiatus, seniors studying AP Government and Politics are once again set for a week of study in the Close Up Washington D.C. program.

Fifteen students are actively fundraising for their February field trip. Beyond working part-time jobs (including serving as election judges), the students will be bagging groceries for customers at Cub Foods on Country Road B in Maplewood on Saturday, Dec. 10. They also worked at Cub on Nov. 19.

Donations to support this educational experience are always appreciated and needed. Contact eric.erickson@spps.org if you’re interested in supporting the effort.

Eric Erickson is a social studies teacher at Como Park Senior High School and writes for the Bugle.