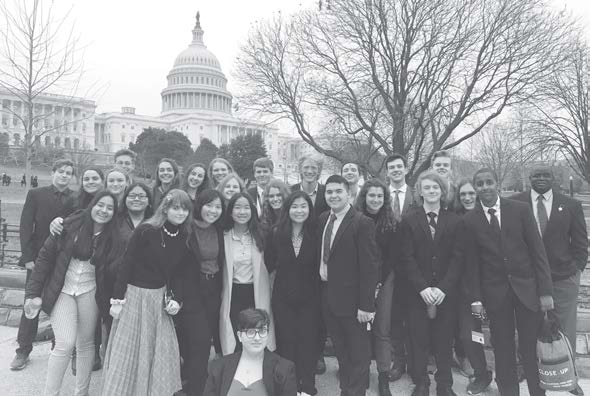 Here is a roundup of some major news from Como Park Senior High School:

Twenty-seven seniors enrolled in AP Government and AP Macroeconomics classes at Como Park Senior High visited Washington, D.C., in late February as part of the national Close Up program, which promotes civics education and participation in our democracy.

Throughout the week, Como students participated in policy discussions and simulations in workshop groups with peers from across the nation and beyond. One hundred fifty students represented California, Texas, Louisiana, Utah, Michigan, Illinois and Indiana, as well as Puerto Rico and Panama.

Family and Consumer Science teacher Courtney Gbolo is a semifinalist for the Minnesota Teacher of the Year Award. Of 134 nominees, 36 were selected as semifinalists.

Gbolo teaches culinary arts and has developed an international cuisine course that incorporates knowledge she gained through a grant to study at Le Cordon Bleu in Paris.

“Teaching CTE (Career and Technical Education) classes provides students with real-world opportunities to explore career paths,” Gbolo said. “I have former students who are thriving in fields that our programs have exposed them to, which is really rewarding.”