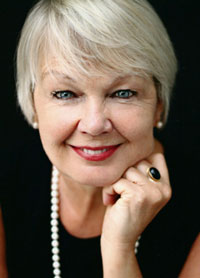 “God Girl” tells Holmgren’s story of being in one of the first large classes of women accepted to the master of divinity program at an Ivy League seminary.

In 1975, the Vietnam War had ended, the women’s liberation movement was in full swing, and Holmgren, a spirited Macalester College graduate, decided to change the world starting with her ordination to ministry. Holmgren, now a retired Presbyterian pastor and former Star Tribune columnist, tells the stories of women who broke through the stained glass ceiling of the Protestant church. Physical attacks, humiliation, sexual harassment and inappropriate use of power are a few of the experiences Holmgren writes about in the play.

“God Girl” will be performed Thursday-Sunday through March 1. Show times are 8 p.m. Thursday- Saturday and 2 p.m. Sunday. There will be two morning performances at 10 a.m. Thursday, Feb. 12 and 19. Each Sunday matinee will be followed by a free post-show discussion for ticketed patrons about topics relating to the production, featuring artists and special guests. The Feb. 8 discussion topic is Family and Marriage, the Feb. 15 topic is Pay Equality, the Feb. 22 topic is Women’s Equality, and the March 1 topic is Women in Ministry. The theater is offering two  previews at 8 p.m. Thursday and Friday, Feb. 5 and 6. The Feb. 5 preview is a pay-what-you-can performance.

You can buy tickets by calling the History Theatre Box office at 651-292-4323 or online at www.historytheatre.com/tickets/.