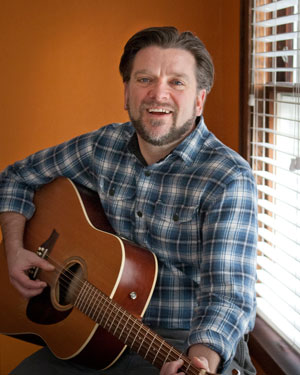 Como songwriter is back with more Iron Range tales

For musical inspiration, Paul Seeba draws heavily on his Iron Range roots, as certainly was the case with the Como-based musician’s 2014 award-winning debut album, “Last Call for the Mitchell Yards.”

And he’s back at it with “The Republic of Kinney,” a new CD featuring a title track that celebrates the David-vs.-Goliath adventure of a northern hamlet nearly 40 years ago.

“I really enjoy creating the kinds of narratives that get people to connect the past to the present,” says Seeba, who will perform his songs at a fundraiser for Chelsea Heights Elementary School at 7 p.m. on Saturday, April 16, at Gabes by the Park, 991 N. Lexington Parkway.

“Kinney” is an eclectic collection of Seeba-penned material in a folk/rock format, the title track chronicling the creative approach taken in the 1970s by a small Iron Range community when its efforts to replace a failing municipal water system were thwarted.

Town leaders, with tongues firmly in cheek, decided they would fare better as a foreign country and notified the federal government they were seceding from the union.

“Kinney” was recorded at Sparta Studios in Eveleth, Minn., and the musicians accompanying Seeba on the CD included his brother, Bob. The CD’s release is scheduled for May, and more information can be found at www.paulseeba.com.

Mitchell Yards was a railroad facility near Hibbing that played a key role in the movement of iron ore to Lake Superior ports, particularly during World War II. Seeba’s music formed the soundtrack for a WDSE-Duluth TV documentary about the effort to save the yards’ historic roundhouse that won a regional Emmy last year. A history teacher at White Bear Lake High School, Seeba also developed a lesson plan to accompany the documentary.

In addition, “Last Call for Mitchell Yards” was honored by the Preservation Alliance of Minnesota as a contribution to raising awareness of the value of historical sites.