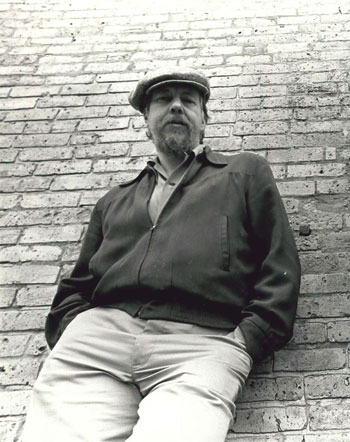 A portion of Franklin Avenue between Berry and Eustis streets in St. Anthony Park will be renamed “Dave Ray Avenue” in honor of the late influential bluesman known to his fans as Dave “Snaker” Ray.

Though the official name of the street will remain the same, the Department of Public Works will place appropriate commemorative signage denoting the honorary designation.

The St. Paul City Council passed a resolution Oct. 22 sponsored by City Councilmember Russ Stark to “co-name” the street after Ray, who grew up in the area and later took over his father’s insurance company in a house at 2517 Franklin Ave. near the corner of Curfew Street.

The family business played home to many practice sessions with a wide array of local music luminaries, including Tony Glover and “Spider” John Koerner, who Ray often played with as the seminal blues trio Koerner, Ray and Glover.

The trio is lauded as being hugely influential in stretching the folk scene into the emerging rock movement of the late ’60s and beyond, with artists like David Bowie and John Lennon, Bonnie Raitt, Lucinda Williams and Beck, citing them as influences.

“We both had very similar tastes in blues, preferring the deep, down-home raw numbers,” Glover said in a statement. “After the initial learning-by-rote process we made a point of going for the feel of a song, trying to capture its aura rather than doing a note-by-note cover.”

Ray’s raw and authentic style—which some say channeled early blues pioneers of the 1920s, ’30s and ’40s—reverberated throughout the national music scene in the 1960s. He was one of the first white blues artists to study and emulate the early blues legends, which were nearly forgotten at the time, according to Beth Friend of Red House Records.

“When he and [Koerner] and [Glover] hit the scene, they were performing this music much more authentically than anyone else from their generation,” said Eric Peltoniemi, president of Red House Records, which recently released Legacy, a three-disc homage to Ray that contains 55 previously unreleased and rare tracks. Peltoniemi compiled the box-set along with Glover.

Ray gained national recognition on world stages like the Newport Folk Festival, but closer to home, he was integral in the Dinkytown and West Bank music scene during the folk revival that spawned many music greats, including Bob Dylan.

Ray is remembered as a determinately individualistic personality who approached his craft with singular dedication and precision. Peltoniemi worked with Ray on a Bob Dylan tribute project called Nod to Bob, for Dylan’s 60th birthday in 2001.

“It was really interesting watching him work over that guitar part in the studio—his care and how particular he was about it. I was really impressed by that,” Peltoniemi said.

Despite his sweeping influence on the local and national music scenes, Ray has remained relatively underappreciated outside of the elite music circles, according to Friend.

“I think that many times blues musicians don’t get their due,” she said. “They are part of a very rich American musical tradition. Groups like the Beatles were influenced by people like Dave Ray, but most people wouldn’t know that.”

In an effort to give Ray his due, both mayors of Minneapolis and St. Paul declared Nov. 9 “Dave Ray Day.” To mark the occasion, Red House Records partnered with the Minnesota History Center to produce a sold-out tribute show. Acclaimed artists who played with Ray during his four-decade career performed along with admirers who cite him as a major influence.

Coinciding with the release of the Legacy box-set, the crowd was treated to performances, stories and anecdotes about the artist’s life from Koerner, Glover, Charlie Parr, Camile Baudoin of the Radiators and others.

Ray died of cancer at age 59 on Thanksgiving Day in 2002. He had continued to perform with characteristic charisma and dedication until only a few weeks before his death.

“His fierce individuality and artistry never declined with time, but increased in depth, nuance and richness every passing year,” reads the resolution passed by the St. Paul City Council.

Kyle Mianulli is a Twin Cities freelance writer and frequent contributor to the Park Bugle.