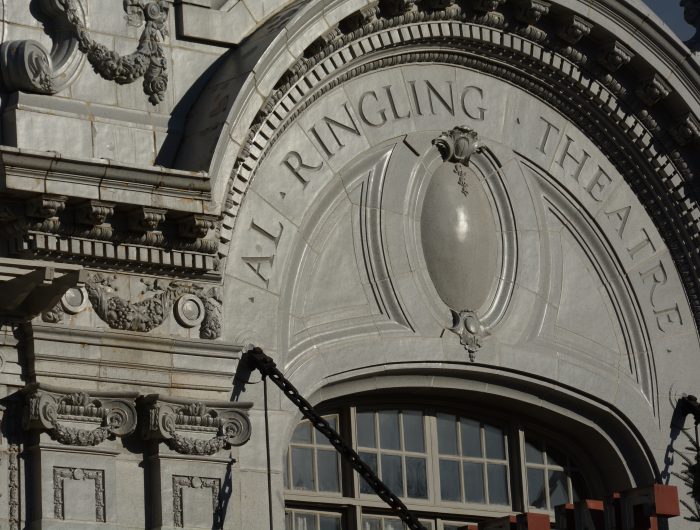 After visiting my husband’s hometown of Baraboo, Wis., dozens of times over 33 years, I recently had the opportunity to spend a few days there as a tourist.

My friend and I took a fall road trip and spent our time exploring the historic, natural and modern attractions offered in this town. Although it is adjacent to the better-known Wisconsin Dells, the contrast between these two cities is abundantly obvious.

Baraboo is charming and adorable, with a bit of a trendy flair, which makes it the perfect destination for a few days of pleasant investigation.

Baraboo is richly steeped in circus history. It was the winter quarters of the Ringling Brothers Circus. The Circus World Museum provides a thorough examination into the heyday of this formerly mammoth industry.

The exhibit hall contains vintage circus paraphernalia along with an informative section describing the five Ringling brothers. Each brother contributed his unique skills to ensure a profitable operation. The W. W. Deppe Circus Wagon Pavilion, which contains the largest collection of its type in the world, is unsurpassed.

During the summer months there is a daily circus performance, but the offerings available during the off-season are still definitely worth a visit.

The AL. Ringling Mansion, constructed in 1905-06, is another important stop for anyone who would like to learn more about the history of Baraboo. Guided tours are offered daily. The main floor is showcased on the tour, brimming with original stained glass windows. The well-appointed bedrooms on the second floor are also featured. Much of the upstairs furniture originally belonged to one of the Ringlings.

Between 1936 and 2013 the building was owned by the Elks Club, which preserved much of the authentic grandeur of the mansion. The building is currently being renovated and it will be remodeled as a B&B. (Charles Ringling’s home has also been converted to a B&B and it is located just a few blocks away.)

The splendid AL. Ringling Theatre, which opened in 1915, is just one block east of the mansion. We learned that AL. would sit beside his bedroom window in order to watch his namesake theater being built. Unfortunately, however, it was not open for tours when we were visiting Baraboo.

This magnificent, performing arts space recently underwent a $3.2 million renovation. It will be a real treat to explore the restored opulent interior. Conveniently located on the square, it is open for movies, local performances, concerts and special events throughout the year.

Plentiful natural beauty is another one of Baraboo’s appeals. Devils Lake State Park, located just a few miles south of town, is best known for its unique purple quartzite. Climbing a bluff is a popular pastime with locals, while the Tumbled Rocks Trail provides easy access along the quiet west shore. The north shore has several historic stone buildings which were crafted by the Civilian Conservation Corps and are still in use today. The Chateau currently houses a snack bar and an ample gift shop. The south shore used to be the meeting place for boisterous campers, but a few decades ago it was converted to a bucolic spot for swimming, boating or simply relaxing.

The International Crane Foundation is another celebrated Baraboo gem and it is a must-see. This is the only place in the world where all 15 species of cranes can be viewed, which makes it an important pilgrimage destination for “craniacs” from around the globe. This exceptional conservation and research facility provides a self-guided trail along with an introductory movie, programs, an impressive gift shop and walking paths. It is undoubtedly the whooping cranes that are the stars of the show at the Crane Foundation.

Pewit’s (pronounced peewee’s) Nest is a hidden treasure. It is a natural area located just west of downtown near Highway 12. The “nest” (a small gorge with a pond) is just a short stroll from the parking lot, but the nearby canyon overlook requires a brief uphill hike. Back in town the Baraboo Riverwalk meanders through the city, with countless opportunities for walking, bicycling, picnicking or quiet contemplation.

Lavender farms have found their way to Baraboo too. We visited the picturesque New Life Lavender and Cherry Farm and were amazed to learn so much about this fragrant, versatile plant. We went on a wagon ride around the property and enjoyed seeing a variety of plants and animals.

Afterwards we were shown the distillation process, then we finished up the tour with a sample of the farm’s signature cherry lavender pie.

The restaurant scene in Baraboo has been transformed over the past few years, perhaps due to its close proximity to fashionable Madison. In addition to established landmarks known for old-fashioned home cooking, several recently opened restaurants can accommodate most dietary preferences. Also, wineries, breweries and even a distillery can now be found in and around town.

Baraboo, with its population of just 12,000 residents, offers a wealth of interesting and unusual sights and experiences. The quaint downtown provides visitors with many opportunities to browse the locally owned shops. You may want to plan a trip for next spring or summer in order to fully immerse yourself in its varied offerings. It is likely that you too will be enthralled with delightful Baraboo.

Janet Wight is a Como Park resident where she lives with her husband and daughters.