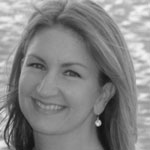 Six Como Park and St. Anthony Park residents were placed on the City of St. Paul’s Neighborhood Honor Roll in January. Each year, residents of all 17 districts in the city are encouraged to nominate neighbors who make their neighborhoods a better place to live, work and play. The award recipients were honored at a celebration at the University of St. Thomas on Jan. 25.

District 10 selected Janna Caywood, Valerie Cunningham and Panod Klongtruatroke out of nine nominations. The District 12 council selected Alice Duggan, Scott Hamilton and Kristal Leebrick out of five nominations. The honorees are listed below, along with each district’s description of why they were selected.

Janna Caywood is a dedicated community advocate who founded the Como Lake Neighborhood Network (CLNN) to provide a means for neighbors to help preserve Como Lake. She has worked diligently on the Como Curb Cleanup project to inform people about the effects of debris on Como Lake, as well as the larger watershed region. Caywood is also an active block leader and generously devotes her time to bringing neighbors together and improving the community.

Panod Klongtruatroke served on the District 10 Community Council from 2010-12, lending his calm and thoughtful voice during discussions about several controversial projects challenging the community. A strong advocate for transparency, Klongtruatroke designed and implemented a new website that dramatically improved the council’s ability to represent the community. As vice-chair, he led a team that recommended council bylaws revisions that ensure the continued effectiveness of the District 10 Community Council as a vehicle for citizen involvement in community affairs.

The Park Bugle is a crucial part of the community fabric of St. Anthony Park. In 2010, Kristal Leebrick took over the reins of the Bugle and continues to keep this gem alive by producing excellent issues. She seemed to need no time to adjust to the responsibilities of any fine news editor and immediately proved she could live up to her predecessor. St. Anthony Park is fortunate to have her services.