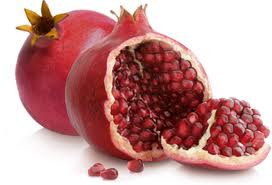 Eat well and prosper: Lucky foods for the new year

The birth of a new year brings with it hope and optimism. We make resolutions to pursue better health, save money, spend more time with family. We start diets and savings accounts; we implement family dinners.

We have the best of intentions. But a little luck on our side doesn’t hurt, either.

Around the world, many cultures celebrate with traditional foods believed to bring good fortune in the new year. From Hoppin’ John, popular in the southern United States, to a dozen sweet grapes enjoyed in Spain, there is a lucky treat for every palate.

Most of the world’s New Year’s traditions revolve around sharing food with friends and family. Some morsels are believed to bring great prosperity and health, while a few are best avoided. The recurring theme for lucky meals seems to include foods that symbolize wealth and prosperity.

Round foods symbolize money and affluence in many cultures. In Italy, Cotechino con Lenticchie, a dish made of pork sausages and green lentils is served because the green lentils represent coins. Here in the South, we have Hoppin’ John, a dish that includes the coin-shaped black-eyed peas, which are considered fortunate.

Not surprisingly, round or ring- shaped sweets are popular on New Year’s around the world. Baking coins or small trinkets into cakes and breads is a common (albeit slightly dangerous) practice in many

countries. Whoever gets the slice with the prize will have a prosperous year. In Greek tradition, a coin is baked into a sweet bread called Vasilopita. The bread is named for St. Basil, whose main claim to fame was returning lost jewels to their rightful owners inside cakes or breads.

The more the merrier

The Japanese consume osechi-ryori, colorful dishes packed in lacquer boxes called jubako, over the first few days of the new year. Each dish and ingredient in osechi-ryori has meaning such as good health, happiness or prosperity.

Spaniards mark the new year by popping a grape for each chime of the bell tower at midnight, while Swedes indulge in a smorgasbord of fish, crab, oysters and shrimp.

Pomegranates are not only a gorgeous centerpiece to any holiday table, their garnet-colored seeds symbolize prosperity and abundance in several countries. In Greece, a pomegranate is smashed on the floor in front of the door to reveal its contents. The more seeds, the more luck for the homeowners.

In Japan, soba noodles consumed at midnight on Dec. 31 are called toshi-koshi soba, meaning “from one year to another.” These lengthy noodles symbolize longevity, so the longer, the better.

In some countries, including Cuba, Hungary and Austria, pigs are considered to be especially progressive because their little hooves point forward and they forage headfirst, rarely moving backward.

Luckily, pork dishes come in an array of delicious varieties such as roast suckling pig (Ireland, Cuba, Austria), roast pork and sausages with cabbage (Germany) and pig’s feet (Sweden). Better yet, do as the Pennsylvania Dutch do, and marry pork sausage with some tangy sauerkraut, whose long strands represent a long life.

Around the world, people eat leafy greens like kale and cabbage on New Year’s Day because they resemble the best kind of green—cash. Rumor has it, the more you eat, the more prosperous you’ll be. The Danish may have the right idea, noshing on stewed kale sprinkled with sugar and cinnamon.

Steering clear of “unlucky” foods is wise year round but seems especially critical on New Year’s.

According to many cultures, eating anything with wings can bring on bad juju in the upcoming year because it could fly away, taking good fortune with it. Chickens are especially ominous because they scratch backward, unlike the forward-thinking pig. You might also want to avoid backward-swimming lobsters.

The color white is a symbol of death in the Chinese culture, so the Chinese avoid eggs during their New Year’s celebrations.

3. Prepare rice as label directs, but use 1 tsp. salt and do not add margarine or butter.

Alex Lodner is a freelance writer who lives in Como Park.