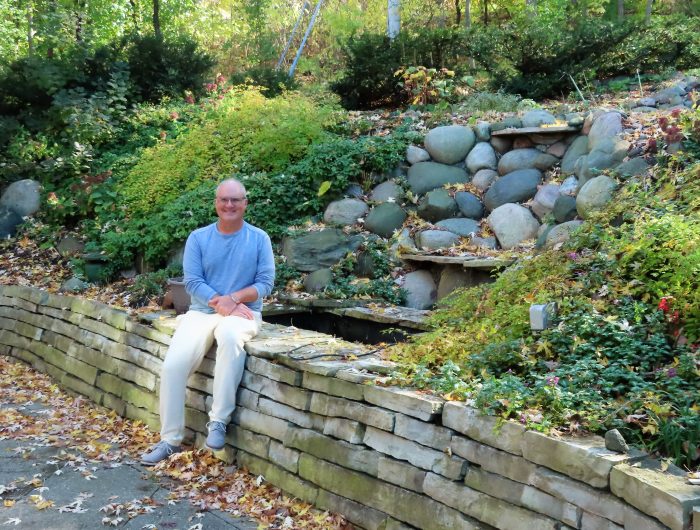 Eklund takes Cicerón firm back to his boyhood SAP roots

A year ago, with the COVID-19 pandemic raging, Cicerón CEO Andrew Eklund returned to his roots for the next chapter in the life of the digital marketing firm he founded in 1995.

Today, Eklund and his staff of 30, having left their Minneapolis warehouse district offices, are in a quiet corner of St. Anthony Park.

The new headquarters, in a former commercial photography studio at 2412 Valentine Ave. W., is within a stone’s throw of the home Eklund lived in as a teenager on Chilcombe Avenue.

The new office space is in a 1950s rambler that was expanded to 8,500 square feet in the 1980s. It sits on just over a half-acre of land off Eustis Street.

“When I purchased it (in fall 2020), I was almost as attracted by the backyard as the house,” Eklund said, noting he envisioned the potential for creative thinking while lounging in a hammock in a garden oasis.

Still a work in progress, the building has been transformed in the past year—while many employees worked from home—from what was most recently a private residence into a modern, multifaceted workspace.

Once a two-story, windowless gym is now the main work area known as the Aviary. A lounge-like work area overlooking the backyard is known as Little Miami for its predominantly white décor.

Soon to come in the Aviary: a mural by the Hmong, women-­owned collective Ua Si Creative, whose founder Teeko Yang is also on Cicerón’s staff.

“One of my missions was to create a company I’d want to work for,” Eklund said. “This building is a big piece of it.”

The new headquarters befits Eklund’s vision of a forward-thinking enterprise.

Data is key, Eklund said, adding, “Simply nobody has been in the digital space longer than we have, so we can identify where marketing is going faster. We can tell what’s real and what’s hype.

“You have to be very much driven in what data is telling about consumer behaviors and line up investment strategies with what consumers actually are doing, how they’re living their lives,” he added. “It reduces the risks on the money (companies) invest in marketing and advertising.”

An example of the changes, Eklund said, is the increased consumer use of scannable QR codes on such things as touchless menus during the pandemic.

“You never thought QR codes were something anyone would use, but now everyone is doing it,” he said. “In the past year they have become ubiquitous because of need. Eighty-year-olds are doing what 25-year-olds were doing a year ago.

Cicerón, which has been named among the “Top 100 Places to Work” by Minnesota Business and Twin Cities Business magazines and among the Inc. 5000 fastest-growing private companies, has seen growth of 75 percent to 100 percent annually the past few years, Eklund said.

“At the start of the pandemic, there was a mad rush into digital because companies, including retail, had to bolster digital e-commerce business,” he said. “We were very busy. People adjusted to the new reality. As (businesses) reopen, they’re not getting rid of those channels, but building back on top of them.”