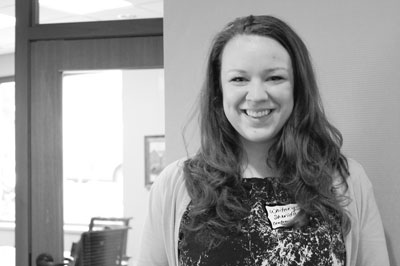 Everything’s new at the old church on Hillside Avenue

Two weeks later, the church will host a movie-in-the-park at Langford Park Saturday, June 18. Frozen will be shown at 7:30 p.m. and the evening will include live characters from the Disney movie.

“I think I have been volunteered to be Elsa (the star of the movie),” Sheridan said.

In January, St. Anthony Park UMC’s congregation voted to merge with Centennial. The 127-year-old church, located at 2200 Hillside Ave., will be the Centennial UMC St. Anthony Park Campus and home to the church’s contemporary service.

The church sanctuary will be renovated this summer to work with such a service, Sheridan said, and that includes replacing the pews with removable seating, adding a screen for song lyrics and outfitting the space to accommodate a live band. The church is also renovating the second floor for the children’s programming and plans to put in an elevator that will reach all levels.

Many of the community groups housed in the church will remain there, although “this summer things will move around during the renovations,” Sheridan said. Groups that will continue operating at the church include St. Anthony Park Area Seniors, the Senior Leisure Center, Cub Scouts, SAP UMC Community Nursery School and a local mothers’ group that meets there weekly.

Sheridan was hired as associate pastor at Centennial in June 2012, just after she graduated from seminary. She grew up in Eden Prairie, attended the University of Minnesota where she obtained a degree in art, and now lives in St. Paul’s North End neighborhood with her husband and two miniature schnauzers, Wally and Jack.

Sheridan says she’s excited about the merger. “It’s something that our church has never done before. We’ve been a local church for 63 years, so when we started these conversations with St. Anthony Park, there was a lot of uncharted territory.”

Being the new pastor in a new campus of a church “is a humble spot to be in,” she said, “but I’m just jazzed. I love the people I’ve met. Everyone takes such pride in the neighborhood. It does feel like a small town. We want to be a church that is really engaged and has the finger on the pulse of the community.”

To that end, the church “bought a bouncy house that we can whip out whenever. And we’re still trying to come up with something wildly creative for the [St. Anthony Park] Fourth of July celebration.”