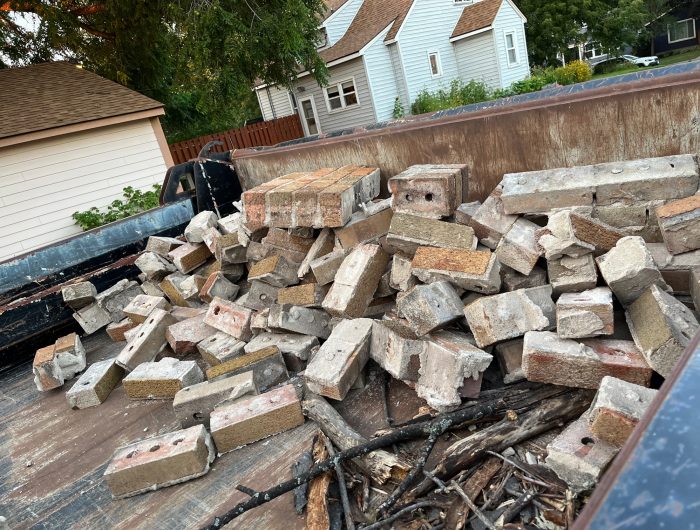 Farewell, Lauderdale School — ‘the bedrock of our wonder years’ 

Editor’s note: Here is an interview with alumna Kathy Bernstrom Lerfald about the Lauderdale School and its recent demolition. Lauderdale School closed in 1974, and the building was sold to a Chinese Christian Church, then purchased by the city in 2018.

In May 2019, when the City of Lauderdale was preparing to demolish the former Lauderdale School for a housing development, the Bugle interviewed alumna Kathy Bernstrom Lerfald about her efforts to collect stories and memorabilia about the school with the intention of writing a book.

After several years of delays, the school has been demolished, and Lerfald has assembled her material and begun organizing it for publication. Anne Holzman checked in with her, as it turned out, on the day demolition was to begin, Aug. 8, about her project and the experience of losing a cherished building. The interview has been edited for space and clarity.

Bugle: You’ve been working on this for about four years. What have you found?

Kathy Bernstrom Lerfald (KBL): I made a Facebook group. I started with the (most recent students) late 80s into the 90s, then by word of mouth, it just kind of spread. People sent class lists, graduation programs from the 40s and 50s. One woman shared with me two newsletters that the eighth graders did every year. Diplomas from 8th grade graduation, which were quite elaborate back in the 40s. Spring concert programs. They were choral. I did have a man send me two pictures of when he was in the band. Some of them were plays, also.

Bugle: Did you find teachers too?

The memorabilia section (of the book) is going to be quite large! People were very generous with what they were sharing, both verbally and with the materials that they had.

They’ve said, “Thank you for doing this.” They’re so happy to have someone interested. That’s been joyful for me.

Bugle: Did you notice any changes in education over the years?

KBL: Some of those teachers were there for decades. The teachers didn’t change very often!

One lady said she loved her fourth grade teacher because she was interested in China and her teacher had walked on the Great Wall of China.

I wanted to share this (comment), that when I said on the Facebook group that (the building) was about to go down, (a participant) said, “It was the bedrock of our wonder years.” She said, “and I’m so grateful for the experience.”

The mothers — and this is a change in the culture — in the 50s would bring desserts, and the cooks would make cinnamon rolls every Friday. It was like a small town, even though we are certainly in the city.

Bugle: Was there just one class per grade level?

KBL: Not necessarily. If the class was really quite large, there would be split classes. I was in a split fourth and fifth. So, there’d be one and a half teachers [per grade]. … I will say that would be a challenge for a teacher! But it was primarily one class, until we got into the 1970s and there were more kids.

Bugle: The demolition was delayed a few times. What was that like?

KBL: For my audience, primarily the students of the former school, it’s been fine. They just kind of wait. Many of them are just sad, because of what the school really symbolizes and  time that they cherish. But others say, well, we don’t want it to just sit there and deteriorate.

Bugle: And I understand that City Administrator Heather Butkowski has arranged for some bricks to be saved?

KBL: Yes, I told her, sentimentality is reigning today! Of course, it’s not just a building, it’s all the teachers, all the classes, all of the wonderful learning. I think we got a really good education there.

Bugle: You have a book in the works. What’s your publication plan?

KBL: (Chuckles) There has been a lot of stops and starts on this book. The title of the book is, “Lauderdale School: History and Memories of a Beloved Minnesota Grade School.” I called it “grade school” because it was called that for a long, long time (before “elementary”).

I’m scanning things here (at home). I’m using Word and planning to use Kindle Direct on Amazon. It’s in a format that can be easily updated. I will probably order some for people that aren’t on Kindle. The size of it, I’m not sure yet. I’m in, I’m not sure what you call it, the semi-final version, or maybe the version before that. The Kindle publisher does do hardcover (the eventual plan).

Bugle: What have you learned in this process?

KBL: That people are generous. That people are happy to share that part of their life story. I’ve learned that writing a book takes longer than you think. I want to tear my hair out some days when I can’t figure something out, but if I step away from it for a while and come back, it works.

The subject is so interesting to me. I was a teacher, so I’m interested not only as a student at that school, but going on to become a teacher myself (in the Anoka-Hennepin district). You just keep at it, something will open up, you go through that door, and eventually it’ll be a book.