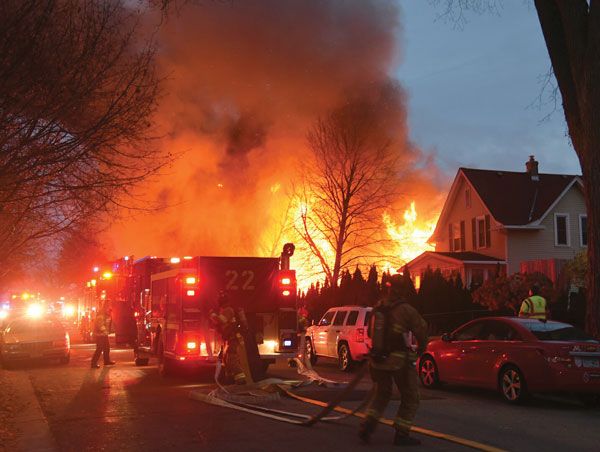 For many summers, a lush garden has graced the front yard at 1369 Wynne Ave. in St. Paul’s Como Park neighborhood.

But whether homeowner Thomas R. Swenson can rejuvenate the garden for next summer may be the least of his worries. Swenson’s two-story house was recently destroyed in a morning fire.

As a St. Paul Fire Department crew worked to extinguish the blaze, the structure collapsed. Crew members remained on the scene as Xcel Energy workers dug up the street to shut off the gas, which was feeding the fire.

Firefighters remained on the scene into the afternoon

Swenson, who owns the two houses on either side of the razed property, was in his basement at the time of the blaze. However, by the time the fire department had arrived, Swenson had escaped his burning home. No injuries or fatalities were reported