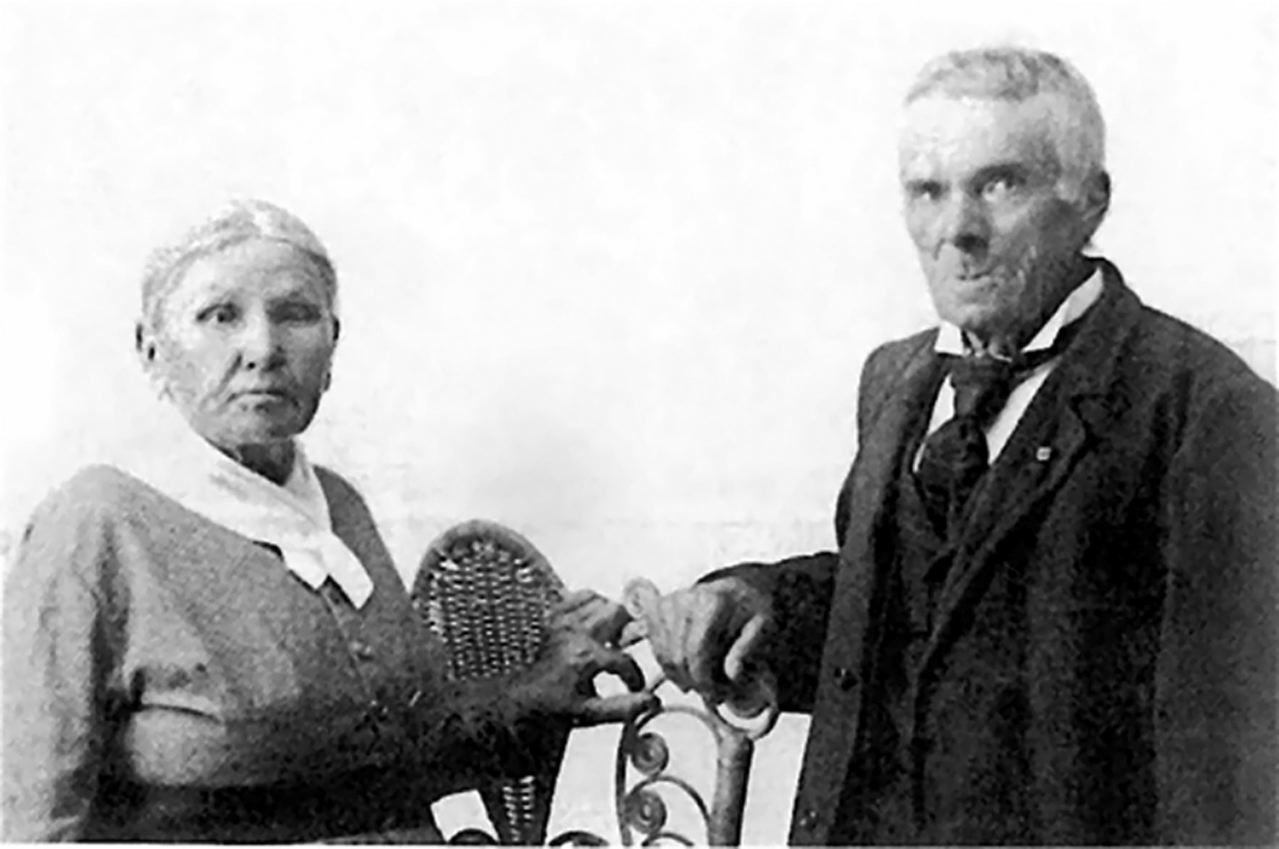 In 1847, government surveyors mapping the area around the hamlet of St. Paul, Wisconsin Territory, encountered a solitary dwelling on the east side of what is now known as Lake Como.

This likely was the farmhouse of 31-year-old Swiss immigrant Charles Perry, the first white settler in the area, part of the land east of the Mississippi River that some writers of the era referred to as the “Sioux Purchase.”

Perry’s family had been among the earliest Europeans to arrive on this portion of the frontier, initially as squatters on the Fort Snelling military reservation years before the land outside was opened for settlement.

Charles was born in 1816 to Abram Perret—as the name was originally spelled—and his wife, Mary Anne, in Berne, Switzerland. In 1822, the Perrets were among a contingent of Swiss recruited to help populate a colony in North America started by Lord Selkirk, a Scot who owned a controlling interest in the Hudson’s Bay Company.

An arduous journey, during which one of the Perret children died, brought the party to the confluence of the Red and Assiniboine rivers, the site of modern-day Winnipeg, Manitoba.

Almost nothing turned out as promised in the Selkirk Colony, but the Perrets hung on, battling the elements, insects and other calamities. When a flood in 1826 wiped out everything they had accomplished, the Perrets and fellow colonists headed south, driving cattle in front of them, bound for Fort Snelling. The 700-mile journey took six months.

Most of the refugees kept on going, but the fort’s commandant, Josiah Snelling, allowed a few to stay, including the Perrets, who settled around Coldwater Spring, about a mile up the Mississippi River from the fort.

During the next 10 years, Abraham Perry, as he became known, farmed and developed a fine cattle herd. His wife was valued by the officers’ wives for her skilled services as a midwife. But the fact remained that they and their fellows had no legal standing to be on fort land.

Major Joseph Plympton, the commanding officer who replaced Snelling, was less amenable to the squatters, especially to the whiskey sellers among them who were causing havoc with both his soldiers and the native people. So in spring 1838, he ordered his troops to evict the civilians from the military reservation. The Perrys and the notorious Pig’s Eye Parrant, one of the whiskey dealers, moved to the vicinity of Fountain Cave, near today’s intersection of Randolph Avenue and West Seventh Street. They were evicted again in 1840 when Maj. Plympton decided to extend the boundary of the reservation farther east, to what later became known as the Seven Corners area, near today’s Xcel Energy Center.

After a life of trials and misfortune, Abraham lacked the energy to start over. He and his wife moved in with a married daughter.

Charles, now 24, struck off on his own and in 1841 married Emilie Bruce at Mendota. Emilie was said to be a Native American and bore three children before dying at a young age.

When the surveyors came by, Perry must have been a recent arrival on the shore of Sandy Lake, as it was then named, raising potatoes and grazing cattle. The surrounding countryside, according to one account was “a rank growth of hazel brush, scrub oak, with an occasional cluster of pines on the low lands.”

Over the years, some have contended that Perry gave Lake Como its name, in honor of the original in the Italian Alps. However, it seems much more likely that it would take a person of powerful imagination—such as a real estate developer—to conjure up a connection between one of Europe’s most beautiful bodies of water and what some described as little more than a swampy, shallow pond.

Just such a person arrived in St. Paul in 1851: Henry McKenty, soon nicknamed “Broad Acres,” quickly became involved in land speculation. His presence in the area was sufficiently established by 1853 that a booklet promoting St. Paul listed “McKenty’s Lake,” rather than Sandy Lake.

It was, in fact, McKenty’s “poetic salesmanship,” as a former Como Park superintendent once described it, that led to the Lake Como allusion, picturesque imagery for the resort community he envisioned. The Panic of 1857 ruined McKenty and prevented that dream from becoming a reality.

As for Charles Perry, he pulled up stakes after only a couple of years, according to the St. Paul Globe newspaper, because “neighbors were becoming too thick and interfered with his cattle raising.”

He moved north to Mounds View Township and in 1850 became the first white settler in what is now Arden Hills, near another lake that McKenty would name, this one for his wife, Johanna.

Lake Como was about 50 acres larger in 1847, extending onto what is now the golf course. The structure indicated at the top right of the lake is likely the Perry farmhouse. (Minnesota Geospatial Information Office and David Arbeit)

Perry planted potatoes and other crops—Charles Perry Park on New Brighton Road is on the site—and became quite prosperous. He remarried and his wife, variously identified as Orelia, Angelina or Amelia, gave birth to 15 children.

In the 1880s, Thomas Newson, who wrote biographical sketches of the old pioneers, had this to say of Charles Perry:

“Of course, he remembers (St. Paul) as it was, but he never dreamed of its present growth. He is an unsophisticated farmer, living almost outside the limits of civilization and probably enjoying himself better there than amid the dazzling splendor of city life.”