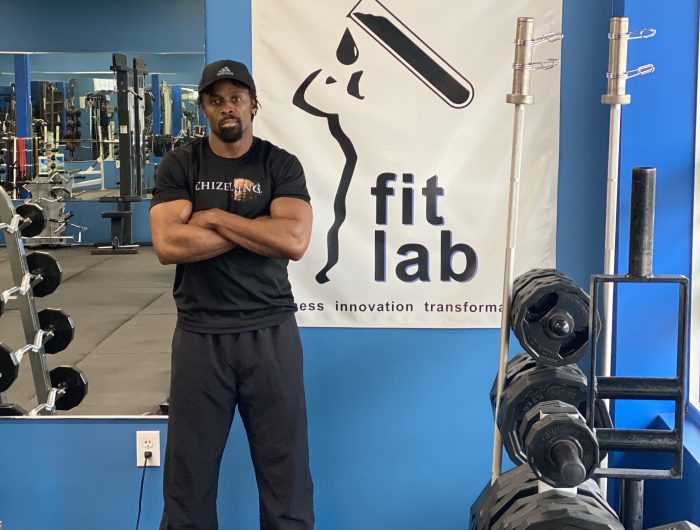 The F.I.T. Lab in Falcon Heights is a fitness center focusing on personal training and individualized programming that is looking to rebound after weathering the pandemic.

The Bugle recently had the opportunity to chat with F.I.T. owner and St. Paul native Tyrone Minor to learn about him and his business.

He said reflectively that athletics were his escape and a “passport to a better life,” after growing up in the ’80s and facing a myriad of challenges affecting the youth of the inner-city’s Black community.

A track and field scholarship allowed him to attend Drake University for two years, Minor added, followed by two years at the University of Minnesota where he first earned a bachelor’s degree in psychology. Minor stayed on at the U of M, earning master’s degrees in sports management and applied kinesiology, along with his teaching license.

Meanwhile, Minor continued to participate in track and field meets as an unaffiliated athlete, competing nationally in professional competitions that awarded prize money. During that 10-year period, Minor also worked as a physical education teacher in the Osseo School District; now today he has amassed 22 years of teaching experience.

Minor said his success in professional track and field led other top local athletes to request training advice, which was the impetus that launched his personal training career.

For a while, Minor traveled across the Twin Cities to coach other dedicated athletes. But he noted it became overwhelming to maintain the demands of this lifestyle.

In 2013, Minor decided to open a bricks-and-mortar studio. He began at Como Avenue near Snelling Avenue, a location that he selected due to its close proximity to Rondo and public transportation.

Entrepreneurship did not come without significant effort. Minor said he had no blueprint for this endeavor so he needed to learn about the many facets of running a business.

He said a key reason to establish his own business was to give him the opportunity to be a mentor to youth and young men in the local Black community.

After outgrowing the Como Avenue locale in 2016, Minor moved the F.I.T. Lab to its current venue at 1583 Hamline Ave. He expanded the offerings to include classes provided by several other certified trainers, who share space at his fitness studio.

In past years, hundreds of clients participated in the F.I.T.’s Transformation Challenges, that were 8- to 10-week classes incorporating physical fitness, nutrition and mental health. Corporate sponsorships made the classes affordable and his business was flourishing.

However, the pandemic negatively affected his business over the past two years, Minor said.

After being “in survival mode” during the pandemic period, Minor said he is ready for the F.I.T. Lab to thrive and rebound as a healthy, growing business.

Looking forward, Minor said he also would like to expand services offered at the F.I.T. Lab and welcomes inquiries from certified trainers interested in joining his collaborative team. Additionally, Minor said he is seeking assistance to refresh the business’s website and update his social media presence.

To learn more about the F.I.T. Lab, call Minor at 651-645-5242. A wide range of customized classes are offered for a fee with no monthly membership dues.

Janet Wight, a resident of Como Park where she lives with her husband and daughter, is a new contributing freelance writer to the Bugle.