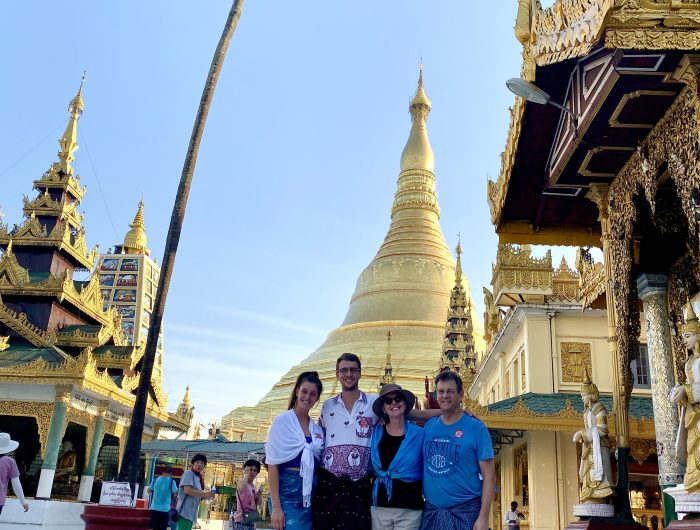 From SAP to Myanmar, a long-distance teaching gig

My name is Joe Krivit, and I work the late-night shift as a social studies teacher at a high school on the other side of the world from my parents’ basement in Saint Anthony Park.

It’s not exactly how I envisioned my lesson plans getting carried out in 2020 and now into the early months of 2021.

I graduated from Como Park Senior High in 2013 and then from Lawrence University in 2017. I realized I wanted to become a teacher midway through my college career because I have always loved learning about people and our patterns of behavior throughout time and space.

I knew that a career spent exploring these things while developing constructive relationships with young people would make me happy. I even returned to Como Park Senior High for a long-term substitution position the year after graduating.

As much as I love that school and our community, I felt my world was shrinking at a time when I wanted it to expand. I began to look into any job opportunities I could find that were across the world.

I plugged into the International School Community of schools with English language curriculums that are scattered all over the world. There is nothing quite like the experience of perusing a database of schools around the world.

One country that immediately drew my attention: Myanmar. Formerly known as Burma, this Southeast Asian nation that only emerged from a military junta in 2012, could not have been more compelling to me.

Here was a nation emerging into the modern world after decades of isolation, attempting to negotiate its unique traditional culture with the demands of globalized capitalism.

Under military rule, Myanmar was a pariah state in the eyes of the international community, similar to North Korea and almost just as isolated from the outside world. 2012 saw the junta’s partial release of its power and 2015 ushered in the democratic election of Aung San Suu Kyi.

You probably also know that Saint Paul is the home of thousands of Karen and Karenni refugees who escaped ethnic cleansing by the Myanmar military in the late 1990s and early 2000s.

Truthfully, I was compelled as much by the tragedy of the place as I was by its triumph. This was not going to be an “Eat, Pray, Love” experience. I was prepared for something morally vexing that revealed as much about the fabric of my Saint Paul community as my global one.

So, in 2018 I packed two bags and flew to Yangon, Myanmar, to start teaching. That began the most challenging and most rewarding year and a half of my life.

But then COVID happened.

I kept my job, but decided to temporarily return home so I could be closer to a more functional public health system (In hindsight, it seems as though I would have been safer in one of the poorest countries in the world as it has had fewer COVID cases per capita compared with the U.S.) Suddenly, my world shrank again.

My life now consists of my childhood bedroom (a.k.a. my classroom), daily bikes around Saint Paul, more time spent with my loving parents than I ever foresaw at age 25, my girlfriend whom I met in Yangon but who now lives in Minneapolis (another long story) and a re-acquaintance with Minnesota winters. My work shift goes from 7:30 p.m. to 2:30 a.m. and I sleep from 3 a.m. to noon.

I see this as a privilege, not a sacrifice, especially considering what so many others have lost in 2020 and into the start of 2021.

One benefit of returning home during this time has been the ability to get more involved in our community, which I feel like I never truly left during my time away. George Floyd’s death by the Minneapolis Police Department last summer and the subsequent unrest felt like the raw exposure of everything this community has been and could become.

But I can’t imagine distantly experiencing that from the other side of the world through my phone. I felt a burning rage yet a newfound clairvoyance through this, and have gotten involved in political action through the Democratic Socialists of America.

Nevertheless, I am eager to return to my students and life in Myanmar with my girlfriend (we’ve been expecting to return “next month” for the last seven months). I am always happy to chat about Myanmar if we run into each other on the streets of SAP.