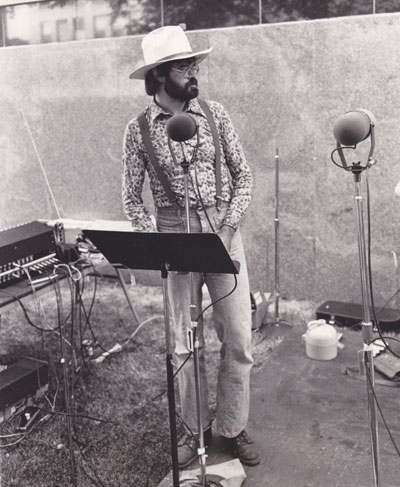 From the Bugle archives: Keillor felt woebegone about radio early in career

Garrison Keillor was featured in the June 1976 issue of the Park
Bugle. Forty years later, his stint at “A Prairie Home Companion”
ended. We aren’t sure who took this photo as there was no credit or caption in that 1976 issue of the Bugle.

Retire after 42 years as host of “A Prairie Home Companion?”

Or, he just might have been having a bad day.

When the Park Bugle interviewed him in June 1976, the St. Anthony Park resident told the newspaper that he saw the future of radio as “very bleak” and his own prospects limited.

“I think I have reached my future,” Keillor said. “I am doing exactly what I want to do now, but I don’t see myself being able to do it for a very long time.”

Fortunately for the legion of fans who tuned in to “A Prairie Home Companion” for the next four decades, Keillor was selling himself short.

“They may feel, perhaps, that this is not serious enough to be taken seriously. I personally think that humor is both serious and important. It has dignity, it is not standing in front of a crowd just flapping your arms.

“We will be here next week and through the summer, but after that it’s hard to tell,” he added bleakly.

Keillor’s final appearance on “A Prairie Home Companion” was broadcast