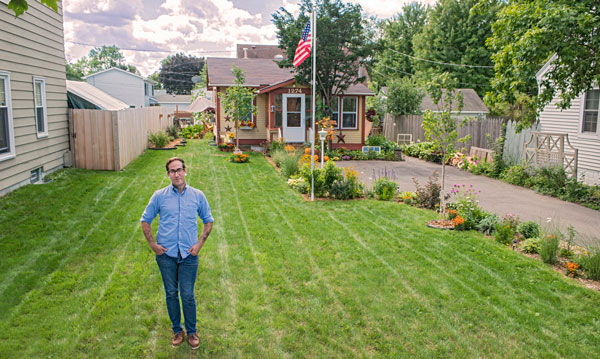 Garage homes were once a Como phenomenon

You may have noticed them here and there in the northwest Como area, small houses situated much farther back from the street than their neighbors.

Some of these probably were the “garage homes” of a century ago, the idea being that their owners would build and live in them until they could afford a main house on their property. For one reason or another, some never got around to building the big house.

Following World War I, St. Paul had an estimated 100 garage homes with one of the largest groups of them clustered around the Hoyt Avenue and Chelsea Street intersection.

Technically, the homes were in violation of the city’s building code—a garage wasn’t supposed to be a long-term domicile—but times were hard and officials such as J.M. Clancy, commissioner of parks, playgrounds and buildings, tried to be understanding.

“We have had unusual conditions during the war and after it,” he told the St. Paul Daily News in July 1921. “Regulations that might have been highly proper at other times might work injury to some people if enforced too strictly.

“Most [of these people] are thrifty,” Clancy said. “Indeed, the very fact that they have the courage to take a small place like they do, is evidence of their desire to improve themselves. If some other people lived within their means, they would be better off.”

C.A. Hausler, city architect, was in charge of building inspections at the time. He told the newspaper that he was trying to discourage the construction of garage homes, but acknowledged that there was only so much he could do “once a family has taken up its abode in one of the miniature homes.”

To obtain a building permit, he noted, sewer and water connections were required.

In that summer of 1921, a garage home had just been completed at Huron Street and Hoyt at a cost of $90 and two others were planned. And another home was under construction in a hayfield across Hoyt, even as the harvest went on around it.

Albert Larson, a carpenter, owned one of the garage homes and his wife told the newspaper reporter that she liked it just fine.

“We lived in a flat and paid $47.50 rent,” she said. “The landlord wouldn’t fix the place at all. It didn’t even have a cupboard. We moved out here and we like it much better.

“So, you see, our little home didn’t cost a great deal. And then it is all ours. That is something.”