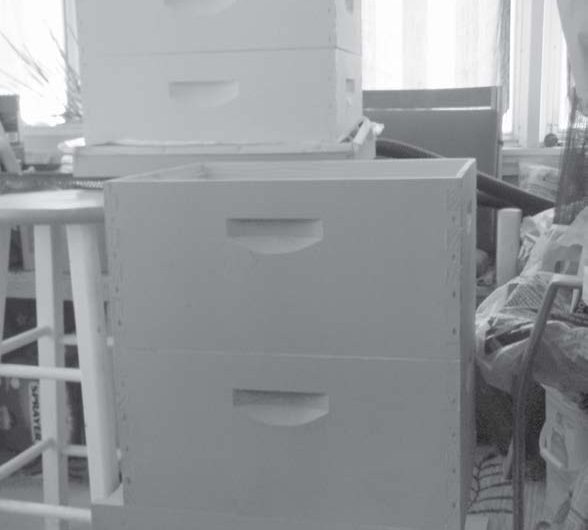 Gardening consultant will give beekeeping a try

While Falcon Heights adopted a beekeeping ordinance last fall, Lauderdale has had beekeeping rules since 2015. But the Lauderdale ordinance will be used for the first time this year by sustainable gardening consultant Diane Galvin.

She applied last spring for permission to keep honeybees in a client’s yard, down the street from her Lauderdale home. She is the first resident to obtain a permit since the city passed its ordinance.

Galvin told the Bugle in early January she decided to try beekeeping out of professional interest. Her consulting business is EcoLogic. She has helped clients get started with chickens, and honeybees would likely have similar appeal.

She said, “This was something people were going to ask me about.”

So last winter, she took a community education course on backyard beekeeping. Her own backyard is too small, but a client suggested she try it on their property.

“It was an opportunity that fell into my lap,” Galvin said.

She said bees require shelter and food, and if they don’t find it, they’ll go elsewhere. So she assessed the existing plant life on the property and found ample support for the existing population of native bees plus an added hive.

“The more the merrier in the pollination world,” she said.

Falcon Heights leaders discussed a beekeeping ordinance in 2012 but dropped it without passage. Early last year, the Environment Committee revived the issue. The Planning Commission held a hearing in September.

According to the minutes of various meetings, there were concerns about bee allergies, about access to beekeeping for apartment residents and about what happens as neighbors come and go over the years. No one appeared with objections at the hearing, and the Falcon Heights City Council subsequently approved the ordinance.

Galvin said prospective beekeepers should start by checking their city’s requirements. Most require certificates of training as well as hive setbacks from property lines and other specifications.

She said there are lots of local resources available, including the Bee Lab at the University of Minnesota.

“But you don’t want to go into this on a lark,” Galvin added. Keeping honeybees requires investment in hives, protective gear, a smoker—and more equipment if you process your own honey.

Galvin compared the process to keeping chickens, which can be done in a few months from permit to first basket of eggs. Bees may produce only enough honey the first year to get the hive through the next winter and produce enough for harvest after the second year.