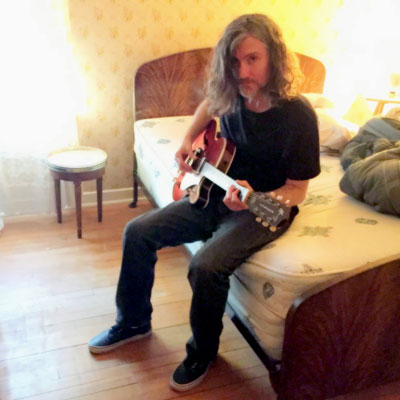 After a decade-long hiatus from songwriting, Gear Daddies drummer and St. Anthony Park resident Billy Dankert has released “Sleep Late,” a compilation of new songs written and recorded over the past two years.

Dankert will host a record-release show at the 331 Club, 331 N.E. 13th Ave., Minneapolis, on Saturday, April 9, with his new band the Sanchose Four, along with Doug Collins and the Receptionists. Performances begin at 10 p.m.

After the 2005 breakup of his band, the Real Austinaires, Dankert got married, became a dad and pursued visual art. In 2014, he found that his recent experiences had reawakened his interest in songwriting and he began working on a new album.

Dankert says the tracks on his new album “fit comfortably under the broad umbrella of ‘Americana’ music.”

The Austin, Minn., native joined the Gear Daddies in 1984 when he was a senior in high school. The Minnesota rock band, whose hit early 1990s hit “Zamboni” was used in the soundtracks for the Disney “Might Duck” movies, experienced some great highlights, including playing in New York City’s punk rock/new wave club CBGB, appearing on David Letterman’s show and warming up for the Replacements at one of their “last shows” in 1991. The Gear Daddies broke up in 1992, Dankert went back to school, got a day job and played drums for Slim Dunlap in the early 2000s. The Gear Daddies have reunited to play a few shows a year around the region.

You can learn more about Dankert and his work at www.billydankert.com or www.facebook.com/BillyDankertMusic/.