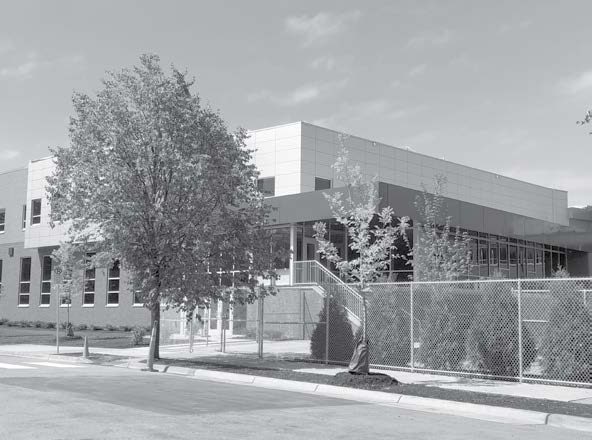 After months of legal wrangling in 2019 over whether they would be able to tear down the former St. Andrew’s Church to make way for a $6 million building expansion, leaders of the Twin Cities German Immersion School weren’t sure then if they would actually begin the 2020-2021 academic year in their finished facilities.

But after awaiting COVID-19 health meeting guidelines from the state and polling the parents of German Immersion students, the school’s leaders in mid-­August adopted a hybrid plan that would consist of some in-class and some distance learning, said Ted Anderson, executive director of the Twin Cities German Immersion School.

“TCGIS has presented to the community a plan that has K-4 in a hybrid model through September,” and then reassess its options, Anderson said in mid-August. “Grades 5-8 will start with one ‘connection week’ and then will go into distance learning for the foreseeable future.”

Anderson said a “connection week” is when “50 percent of our non-online-only students are on campus. Other districts will likely call them ‘hybrid weeks.’ We are using the term ‘connection’ because we assume distance learning is coming for all at some point and we are focusing our on-campus time on students’ chance to connect with their teachers and with each other.”

Meanwhile, the 30,000 square-foot addition at the German Immersion school, 1031 Como Ave., boasts several enhanced amenities including a new 7,056-square-foot gymnasium. “This will be the first time for hosting home basketball and volleyball games,” Anderson said.

Other features include: a 2,300-square-foot cafeteria, able to seat up to 212 people, and five new classrooms that average 720-square-feet per room and can accommodate, in normal times, 24 students. In COVID times, the classrooms can accommodate 10 to 14 students and still achieve social distancing.

The school has 610 kindergarten- through the eighth-grade students and employs 85 to 90 people, including about 45 teachers.

The German Immersion School’s parent company bought the St. Andrew’s Church and school property in 2012; then later developed plans for remodeling the school property to better meet its growing enrollment and educational needs. From about 2013 to 2018, the school’s enrollment grew from about 330 to 555 students.

In mid-2019, the German Immersion School razed the former Catholic church building after fending off a challenge from a neighborhood group called Save Our Historic St. Andrew’s that contended the structure was historic and should be preserved. The church teardown occurred after the neighborhood group ultimately failed to post a $1.9 million security bond to continue on its legal challenge.

Asked whether the school has patched up its differences with some neighbors, Anderson said, “We have relied on District 10 (Community Council) to be a connection with the neighborhood.”

Scott Carlson is editor of the Bugle.