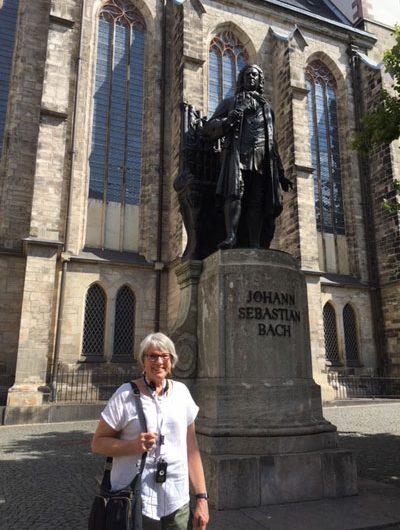 Germany: a lesson in fear and hope 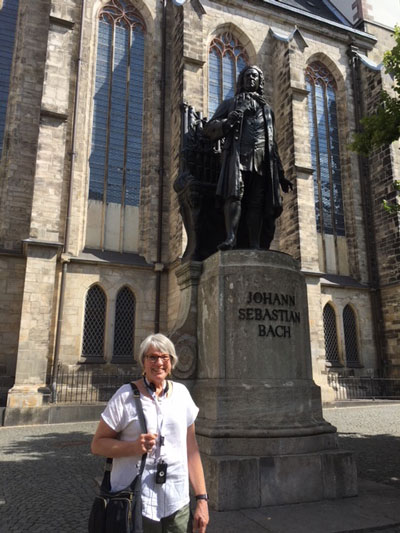 After our trip last fall on the Tran- Siberian Express, neither my husband, Dave, nor I had much desire to take another international trip. Fast forward to this past April and the last day to sign up for the St. Anthony Park Lutheran Church trip to Germany to celebrate the 500th anniversary of the Reformation. The tour was the brainchild of Pastor Jill Rode and was led by Hans Wiersma, a church member and associate professor of religion at Augsburg University: We couldn’t let the opportunity pass, so we took the plunge and joined the tour. The combination of learning about Germany and the Reformation, a fun group of people and the prospect of plenty of free time in cities we had never visited pushed us over the edge.

If you want to read a wonderful travelogue written by Pastor Glenn Berg-Moberg (with many pictures), go to saplc.weebly.com. I can’t improve on the facts presented there, but what I can do is give my personal take on what I saw and heard on the trip. Because some of that take is political and my opinion, you may not agree with me, but this is what I learned and felt in Berlin, Wittenberg, Erfurt, Leipzig, Dresden, Bamberg and Nuremberg.

We knew most of our 30 fellow travelers and, in some cases, knew them pretty well. That made for a warm, friendly atmosphere.There were five teenagers on the tour who were real troopers and invariably polite, even though they must have been bored with the sometimes dry information and long dinners with inquisitive senior citizens.

The first day in Germany, we took part in a short service at the Berlin Cathedral. Although, and maybe even because, it was in German, it was particularly moving for this descendant of hundreds of years of Lutheran, German pastors. The beauty of the church and the lovely organ music made me very emotional. In some ways it was like coming home. In both good and bad ways, I saw myself in the Germany we visited, the good in the music and culture, and the bad in the way we can let evil things happen through inaction. As German theologian Dietrich Bonhoeffer — who was executed by the Nazis in 1945 — said, “Not to speak is to speak. Not to act is to act.”

Looking back over my journal, I see that we learned a great deal about how powerful, greedy and corrupt rulers can dominate a society, bringing out the worst in those whom they should be leading to a better society.

During the period leading up to the Reformation, people were so frightened of the tortures they might suffer in the afterlife that they bought indulgences from the Roman Catholic Church to shorten their time in purgatory, sometimes even paying for future sins. The Bible and masses were in Latin, so pictures (often of demons leading sinners to Hell) were more understandable than words. People lived in fear.

The Nazis, too, ruled by fear and exploitation of people’s baser instincts. We toured the Typography of Terror exhibit in Berlin and the museum at the Documentation Center Nazi Party Rally Grounds outside of Nuremberg, both of which showed in great detail, through words, pictures and videos, the way a civilized and cultured society can be turned into one in which some people are deemed “expendable” and no one knows who could be the one to turn them over to authorities. Frankly, the parallels to our government right now are chilling — the denigration of the press, the turning of the judicial system to one most friendly to the rich and powerful, the treatment of some groups of people as the “other” who are not deserving of the same treatment as the rest of us and the propaganda machine, churning out divisive lies. One cannot look at Germany’s history without apprehension.

The Stasi, the East German secret police, also ruled by fear. We learned that one in six people were informers, turning on their friends and neighbors. No one knew who would turn them in. The wall between East Germany and the West split families and friends from one another, and people longed to be reunited.

But — and this is a huge but — there was resistance to the powerful who relied on fear. Martin Luther rebelled against the greed and corruption of the church in the 16th century, relying on the belief that one is saved by faith alone not by good works or indulgences. He also translated the Bible into colloquial German so everyone could read it.

There was much to be inspired by in the form of the resistance to the Nazis, also. Right across from our first hotel in Berlin, a museum honored those who fought against the fascist regime. Every exhibit included information about their efforts. The Germans have made their history a lesson for the future by retaining artifacts from the past, including the Nazi parade grounds in Nuremberg and the sections of the Berlin wall left standing, and by being open to exploring the darker sides of their past. We saw groups of young people being taught about their history at every exhibit.

In Leipzig, we heard from a pastor who had taken part in the “peaceful revolution,” which started there in 1982 in St. Nicholas Church with seven people in a prayer group that eventually grew to thousands and, in time, led to the fall of the Berlin Wall in 1989. A few people, peacefully resisting those in power, can make a difference.

Of course, not all that I learned and felt in Germany was so heavy. We had many delightful dinners with our fellow travelers, filled with laughter and interesting conversation. Our guides were knowledgeable and informative, and the cities and towns we visited were for the most part beautiful and charming. Because I had read many books in which Berlin was the setting, it was particularly interesting to me, and to see the church in Leipzig, where Bach was organist, cantor and composer, was thrilling for this musician. Also, it was hopeinspiring to see Dresden, which was virtually destroyed in the allied firebombing that killed more than 25,000 people. The city has been rebuilt and the center looks much the same as it did before the war. Some of its original stones, left blackened by the fire, were used to rebuild the Frauenkirche, which is now a gorgeous worship space.

History: It is the story of fear and hope.