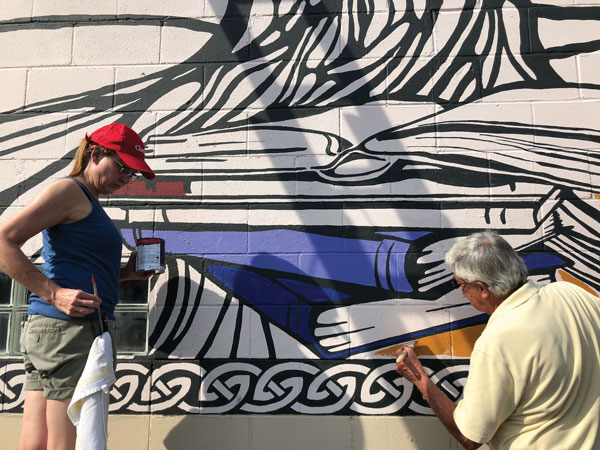 Going to the wall and painting for community 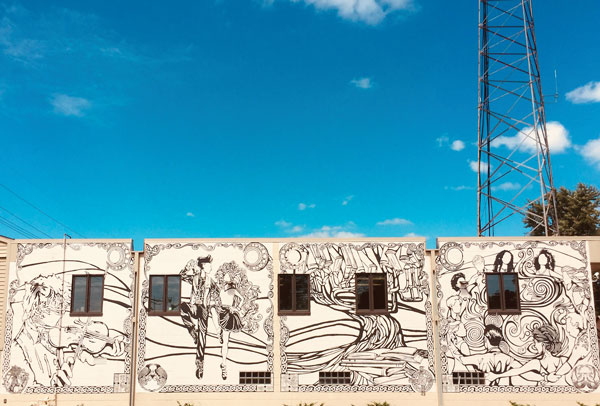 Two local artists having been taking their painting canvas to the wall.

Specifically, a 60-by-20-foot wall mural on one side of the Celtic Junction Arts Center, 836 Prior Ave., in St. Paul.

The two women began hand and digital drawings of the wall mural in late February and started painting the wall in June. They are hoping to complete the mural by the end of September.

Finnegan has most enjoyed “the sense of community” she experienced working on the project. “We are working in collaboration with people in the neighborhood,” she said, adding that residents are frequently stopping by to comment to the artists about their work. “It [the wall mural] is bringing a smile to people’s faces.”

“In this mural, Marty and Carrie are fusing traditional Celtic artwork with a fresh take on art Nouveau,” according to the website givemn.org.

Finnegan is known for using “a playful approach to painting, printmaking and drawing of abstracted representations of human figures and nature.”  Her work has appeared in a variety of settings and publications.