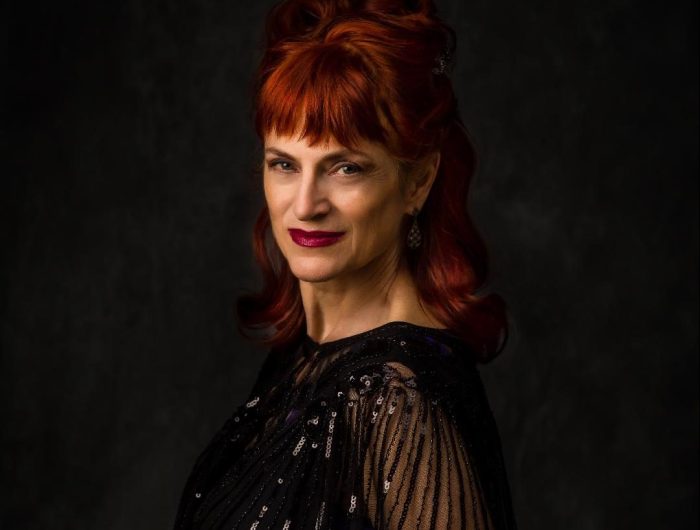 Grants are music to Grasselli’s ears for vocal academy

Forty years after discovering she could sing anything, from country to classical songs, without injuring her voice, Diana Grasselli is still teaching others how to make the most of their vocal talents.

Grasselli has been teaching voice in the Twin Cities since 1999 after a professional career that included performing with Gilda Radner on Broadway and in the Mike Nichols directed documentary “Gilda Live” and recording on Capitol Records as a member of the R&B/rock band Desmond Child & Rouge in the late 1970s and early ’80s.

Her studio, Chanson Voice & Music Academy, a nonprofit organization with one location on Raymond Avenue in St. Paul and another in Minneapolis, recently was awarded a $1,000 grant by the St. Anthony Park Community Foundation. The money will help fund scholarships for St. Anthony Park residents, she said.

For Grasselli, the Foundation’s grant and financial support from others has been a boon to her academy, which got slammed in early 2020 by the COVID-19 pandemic.

“In March, we lost about 30 to 40 percent of the student base,” Grassellli said. “There was about a month with practically no activity. When things became clear about the shutdown, we quickly did whatever we could to jump online.

“It was a very harrowing time for everyone,” she recalls. “But God bless Minnesota . . . St. Paul, grants from Minnesota, grants for small businesses. I really worked hard to write grants to flow through the hard time, beef up the scholarship program and subsidize teacher salaries.”

Grasselli’s efforts to shepherd the academy through this hard time has been born of her lifelong love of singing. “I explored all kinds of genres myself . . . was singing in all the popular idioms—­rock, R&B, country, soul—and noticed so many had vocal issues,” said Grasselli, who developed The Vertical Voice Vocal Training Method.

She came from a family of singers and loved classical singing and explained, “I learned from bel canto training how the voice functions and never for a half-second had any vocal issues, yet I could express the (singing) styles with authenticity.”

After a freelance career as a vocalist that took her from New York City to Los Angeles and Paris, Grasselli yearned for a less hectic atmosphere and settled in Minnesota in 1998 after visiting friends who worked at the Guthrie Theater.

Grasselli’s initial foray into a solo teaching studio led to working long hours every day, she said, “I worked with anyone, whatever was going on with their voices. It got to the point: downsize or ask other people to join me.”

She did the latter and opened the Raymond Avenue location in December 2012. The studio, with its two locations, now has about 240 students and a staff of 25 teaching voice, guitar, piano and violin, along with music theory, composition, ear training and diction. Students range in age from 3 through seniors.

Among Grasselli’s students is Rachel Dickinson, a junior at Highland Park High School who aspires to a theater career. She has studied with Grasselli since grade school and, besides participating in school choir and musicals, has 45-minute virtual private lessons with Grasselli weekly during the COVID-19 pandemic.

“She’s a very important mentor to me,” Dickinson said. “She’s very good at combining everything—helpful in the technical side of singing, finding meaning from the words.”

Laumann has been working with Vaicius, of Pepin, Wis., to prepare classical repertoire and record audition videos. Vaicius has already survived first-round auditions at top-notch conservatories, including the Manhattan School of Music.

“The most important thing you learn is how to have an authentic voice and not try to force myself to sound like someone else, to fit into some other mold,” said Vaicius, who was an understudy in the Minnesota Opera’s Project Opera youth training program’s production of “Belongings” last February.

Not all of Chanson’s students have professional aspirations. One of the school’s newest voice students is Claire Fairbanks, an eighth-grader at Murray Middle School who plays drums in band. She began studying voice with Sarah DeYoung this summer after following her sister into the piano program for a few years.

“I feel like I’m learning more and learning faster because I’m just with her,” said Claire, who takes weekly half-hour lessons.

Even their mother, Angela Fairbanks Jacobson, who grew up with piano lessons, became a student again two years ago, studying voice with Grasselli in an eight-week program.

“It was a birthday gift to myself,” she said. “We were already going there with the girls for lessons, so why not?”

Grasselli said, “One of our main thrusts is to provide music training to everyone who is interested, whoever is in need or wanting, we’ll go out of our way to accommodate them.”

Cigale Ahlquist is a Twin Cities freelance writer for the Bugle.